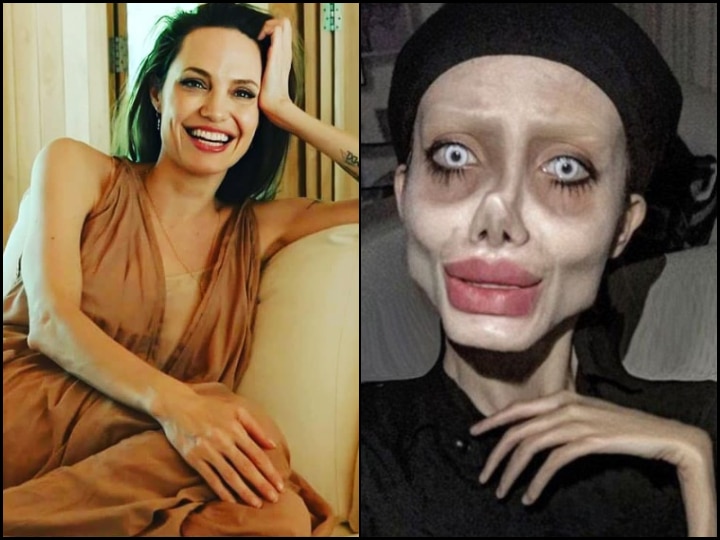 New Delhi: Iranian influencer Sahar Tabar was arrested on October 5, 2019, over her Instagram posts she has now been to sentenced prison for 10 years under various charges including inciting violence and encouraging young people to corruption and disrespecting the Islamic Republic.  Tabar whose real name is Fatemeh Khishvand shot to fame in 2017 came from a series of heavily `distorted images’ as Zombie Angelina Jolie. The 19-year-old from Tehran used heavy makeup and editing to get the eerie look on her face which gained prominence as the zombie version of Hollywood actress Angelina Jolie.

It was rumoured that she has gotten 50 plastic surgeries after she posted images of her gaunt face online; photos quickly went viral and she earned nearly 500,000 followers on Instagram. However, her account has been deleted after her arrest.

The charges against her were blasphemy, inciting violence, gaining income through inappropriate means, and also encouraging young people to corrupt and disrespect the Islamic Republic. However, media reports say that Tabar had been cleared of two of the four charges against her, but she did not want to comment further because she was still hoping for a pardon.  Many took Tabar’s posts as a joke, however, on October 5, 2019, she was arrested along with three other female Instagram influencers. She was arrested by judicial authorities after members of the public reportedly made complaints against her.

According to a Guardian report, an Iranian state TV also broadcast her confession in late October last year which drew a great deal of sympathy. The news broadcast described Tabar as “a victim with an abnormal personality and mental state” who sought “vulgarity” on social media. The report also mentioned that Tabar’s medical records suggest she was suffering of a mental illness, with a history of visits to psychiatric hospitals, making the 10-year sentence even less explicable. Her lawyers had also asked for her to be bailed and pointed to her age at the time she committed the alleged offenses.