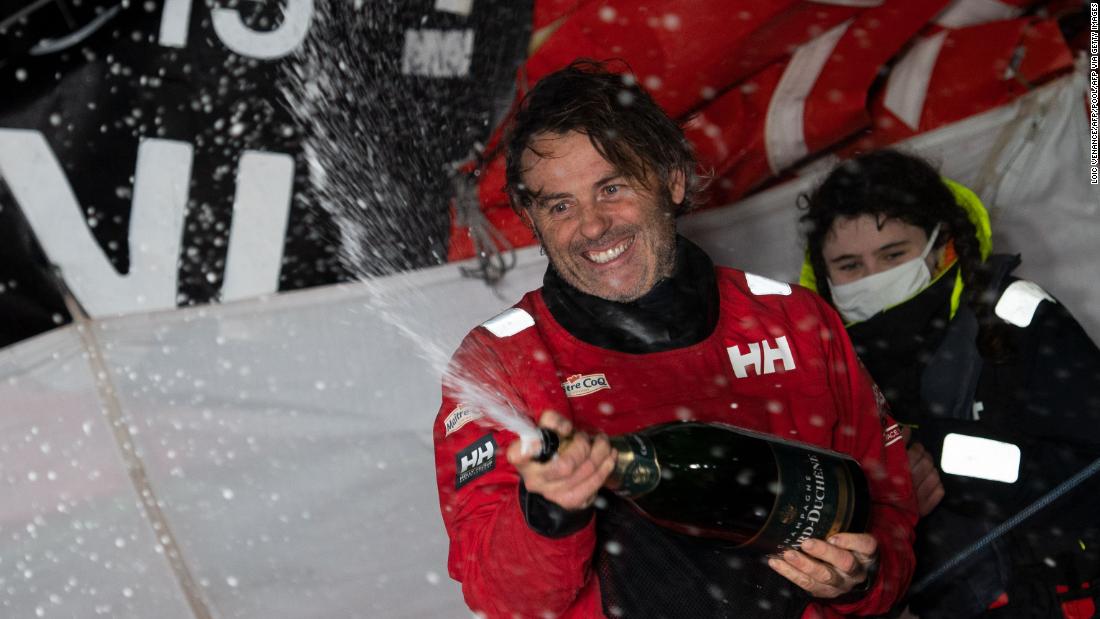 Bestaven was the third sailor to cross the finish line in Les Sables d’Olonne, France, but a jury awarded him a time compensation of 10 hours and 15 minutes for helping to rescue stricken competitor Kevin Escoffier earlier in the race.

Escoffier was forced to abandon his yacht off South Africa’s Cape of Good Hope in November and spent more than 11 hours in a life raft. He was eventually rescued by Jean Le Cam, the nearest competitor to the scene.

Bestaven, skipper of Maître CoQ IV, achieved a finishing time of 80 days, 13 hours, 59 minutes and 46 seconds after his role in the rescue operation was taken into account.

The 48-year-old was two hours, 31 minutes and one second in front of Charlie Dalin and six hours, 40 minutes and 26 seconds in front of Louis Burton — both of whom finished ahead of Bestaven but were awarded second and third respectively.

“I feel like I’m living a dream, hallucinating,” said Bestaven at the finish line.

“You go from total solitude to this, to this party, to these lights, these people who are there despite the complicated context, I don’t realize what’s going on.

The 24,296-mile Vendée Globe, known as the “Everest of the seas,” is a grueling, solo endeavor where sailors battle tempestuous weather and extreme loneliness.

The 2020/21 race was the ninth edition of the Vendée Globe with a record 33 skippers taking to the start line on November 8.

“You have to look deep down inside yourself,” added Bestaven. “These boats are stressful, noisy, and life on board is difficult. There are also times you feel lonely.

“This result is beyond my expectations.”