World No. 114 Aslan Karatsev makes history at Australian Open with run to semis 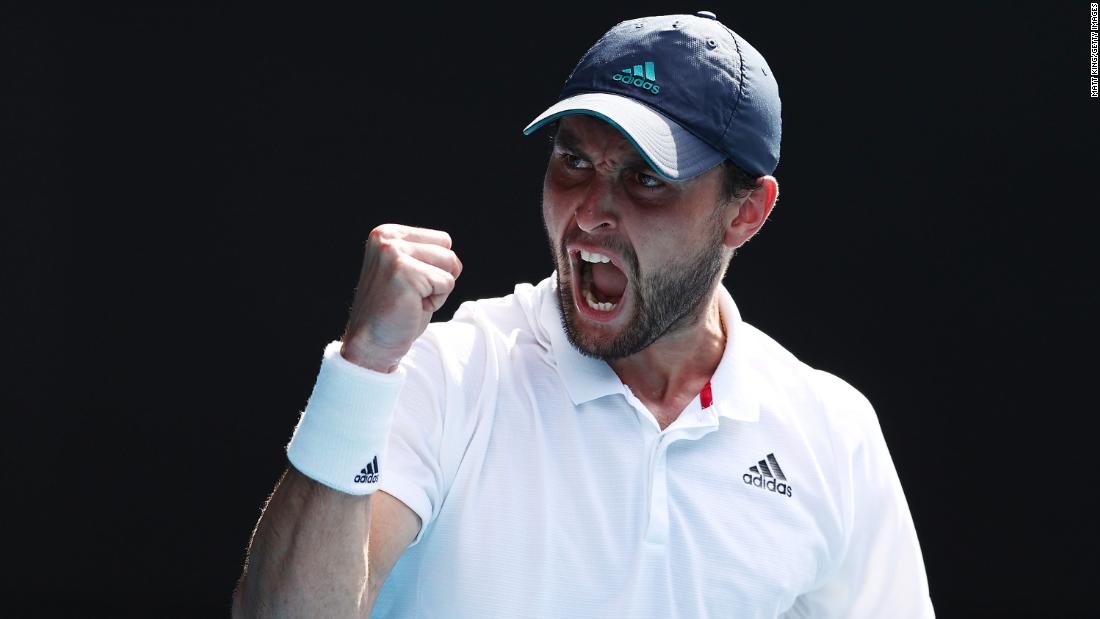 The world No. 114 stunned a clearly injured Grigor Dimitrov 2-6, 6-4, 6-1, 6-2 at Rod Laver Arena. The Bulgarian took a medical timeout in the third set because of an apparent back injury, but his condition didn’t seem to improve afterwards.

Karatsev, who had previously attempted to qualify for nine grand slam championships, is only the fifth qualifier to reach the semifinals of a grand slam in the Open Era with a victory which took two hours and 32 minutes.

“It was really tough from the beginning for me to hold the nerves. It was really tricky. I tried to find a way how to play and then in the third set he felt the back.”

Appearing on the biggest stage of his career so far — Karatsev entered the tournament with just three ATP-level victories since 2015 — the 27-year-old Russian perhaps unsurprisingly showed some nerves early on.

He made 19 unforced errors in the first set alone as Dimitrov showed his pedigree — the Bulgarian is a former world No. 3 — racing into a first-set lead.

However, in humid conditions, Karatsev began to gain a footing in the match. Shaking off his nerves, Karatsev held to love to capture the set 6-4.

It was in the following set when the tide began to turn heavily in the Russian’s favor, as Dimitrov’s physical struggles began to impact his game.

The world No. 18 called a medical time out, but he was never fully comfortable for the remainder of the match, stretching in between points to attempt to loosen his back.

And Karatsev took advantage of the 2017 ATP Finals injury woes, wrapping up the match — the Russian lost only three games in two sets — to become the lowest-ranked man to reach the semifinals at a major since No. 125 Goran Ivanisevic at 2001 Wimbledon.
Visit CNN.com/sport for more news, features, and videos
By reaching the semi-finals, Karatsev is guaranteeing a minimum prize money check of at least $A850,000 ($US662,000), more than his total career winnings of approximately $US618,000.

With the win, Karatsev set up a meeting against the winner of Tuesday night’s quarterfinal between eight-time Australian Open champion Novak Djokovic and fifth seed Alexander Zverev.