Who Is The Best Captain? ICC Poll Results Will Leave You Surprised 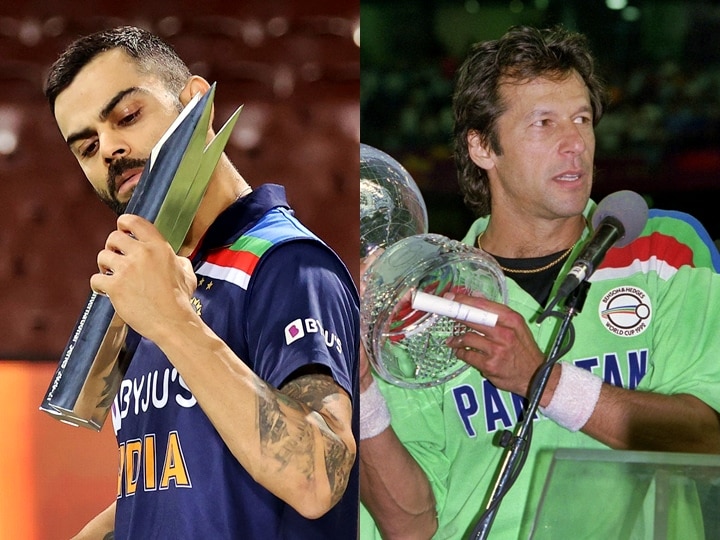 Sports world would crumble if there are no debates about teams from various eras or players from different times in order to determine who is ultimately the best. While there are empirical ways to determine a player or a teams effort, there is absolutely no way one can judge the qualitative aspects. For this reason there is always room among sports fans to make an argument for their favourite players irrespective of eras or time.

Such one debate has been settled (read sparked) by ICC, as per their understanding, as they asked in a twitter poll that among cricketers Virat Kohli, Imran Khan, Meg Lanning and AB de Villiers “who would you rate as the best?”.

While the focus by ICC was to direct on the captaincy skills of the players mentioned in the poll but to fans it became more sort of a ‘popularity contest’. That is why it comes as a bit of surprise that Virat Kohli was outgunned by Imran Khan.

As per ICC’s poll numbers, Indian captain Virat Kohli lost to former cricketer and Pakistan Prime Minister Imran Khan by a small margin of votes. While the 1992 World Cup winner garnered 47.3% of votes, Kohli managed only 46.2% of the total votes.

Who would you rate as the best among these giants?

Irrespective of eras, Imran Khan and Virat Kohli as leaders for their respective teams have been exceptional. While the right-handed batsman from Delhi has more milestones to cover, former all-rounder had pushed Pakistan cricket to a new heights in the late 80s and early 90s.

Current Indian skipper has a batting average of 73.88 when he is leading the team in ODIs. Without the captaincy role the batting average dips down to 51.29, which is more than better for a batsman. Overall, Kohli is considered the ultimate chasing prodigy, as he has produced some extraordinary centuries over the years.