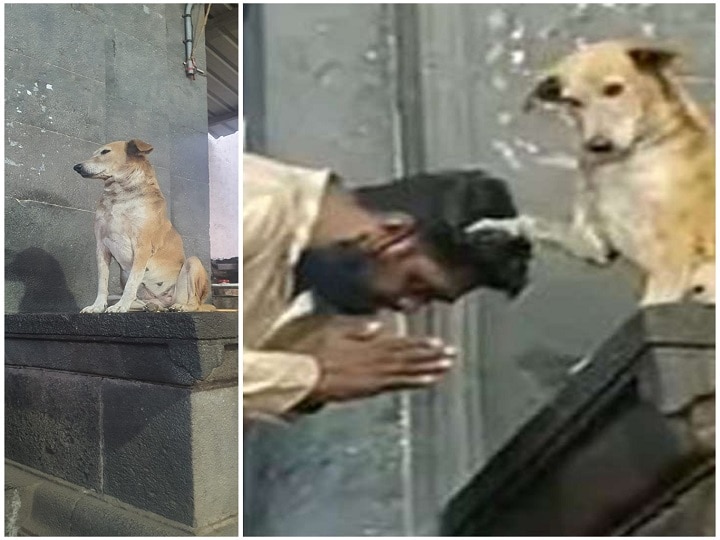 After the increased internet penetration in India, country’s diversity and customs have found a new place to be highlighted. Everyday there is something out of the blue which rings on social media taking users by surprise.

A video became viral on the internet in which a dog in a temple in Maharashtra shakes hands and gives ‘blessings’ to devotees. Videos of the dog were recorded at the Siddhivinayak Temple in the Ahmednagar district’s Siddhatek area.

READ | Makar Sankranti 2021: Here Are Some Wishes For The First Festival Of 2021

In the 18-second video clip, the dog can be seen sitting on a stone block outside the temple’s exit gate. As devotees come out of the temple’s premises, the dog shakes hands with them.

Another consecutive video also went viral which shows the dog ‘blessing’ a devotee with its paw. The gesture of the dog with the devotees has made the canine famous enough to be recognised by avid social media users.

The video uploaded on Facebook by Arun Limadia, which has gone viral across social media platforms, received more than 15,000 likes, and has been shared more than 26,000 times. People across the country have been seen showering love on the act of the loving animal.

As the videos went viral, both of them garnered 1.3 million and 110K views.