Watch: Rishabh Pant Yet Again Involved In Bizarre Gaffe Behind The Stumps 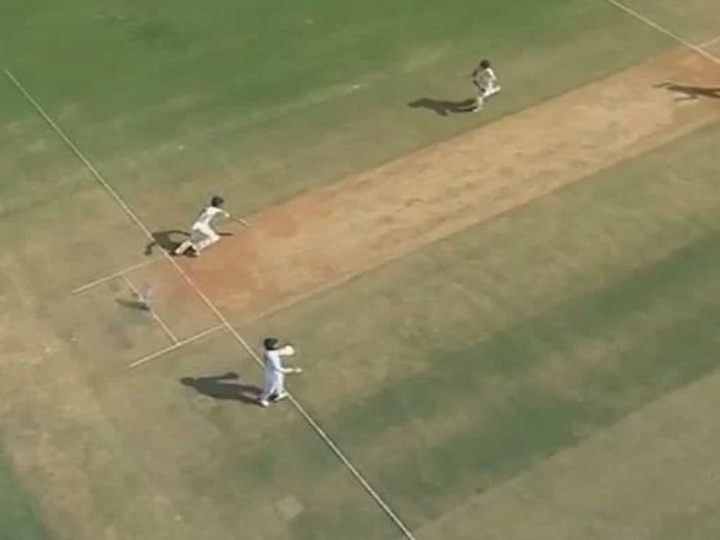 Whenever young wicketkeeper batsman Rishabh Pant is on the field, he often grabs the limelight by his on-field antics. A hilarious incident took place on Day 2 of Ind vs Eng first Test in Chennai.

In the 151st over, a delivery bowled by Ravichandran Ashwin went high up in the air after taking an edge from the bat of England batsman Oli Pope. The ball went backwards in the air. Reacting to this, Rishabh Pant felt that the ball had gone up for an easy catch and he quickly raised his keeping-gloves to get into the catching position.

ALSO READ | Mohammed Siraj Grabs Kuldeep Yadav By The Back Of His Neck, Video Goes Viral

Pant looked up for the ball but it eventually was nowhere near him as it went backwards over the top of his head. The video of bizarre gaffe is getting quite viral on social media.

Ollie Pope took two runs off this delivery. Seeing Rishabh Pant’s antics, the England batsman laughed. Even the commentators were left in splits. At the same time, disappointment was clearly visible in Pant’s gestures.

Rishabh Pant continues to do a lot of talking behind the wickets. Pant’s comments behind the stumps also went viral on the first day of the Chennai Test. The same happened on the second day. When the Indian bowlers were struggling to get wickets on a flat Chepauk pitch, Pant was constantly cheering the bowlers and fielders.

The stump mic picked up all the funny conversations that Rishabh Pant had. Pant wanted Ashwin to bowl outside the off-stump to the left handed Burns, thus, to encourage him he said: “Idhar se badhiya hai, Udhar se phasega to maza aaega” (It will be fun to see him get trapped from that side)

‘Chalo yaar, Dheele nahin’ (Come on guys, no loose moments), ‘Koi dikkat nahi hai’ (There’s no problem), ‘Sidha rakho Ash bhai’ (Keep it straight, Ash) were some of the many things uttered by Pant behind the stumps.