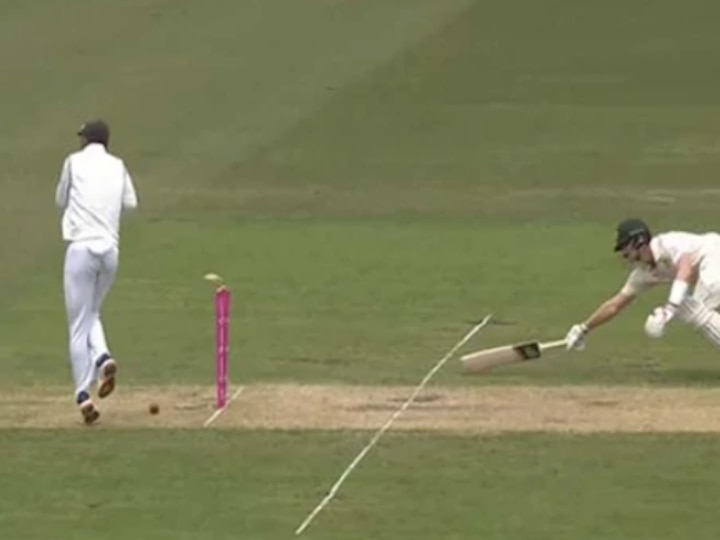 Team India’s star all-rounder Ravindra Jadeja dominated the second day of the Sydney Test between India and Australia. He made invaluable contributions with his bowling and fielding and helped his squad pull themselves back into the game. Jadeja took four wickets to restrict Australia to 338 runs. Now, fans will expect Jadeja to perform with his bat as well.

Jadeja had scored a half-century in Sydney on the previous tour. After the end of the second day’s play, India’s score was 96 runs for loss of two wickets. Captain Ajinkya Rahane and Cheteshwar Pujara remain unbeaten at the crease.

Former Australian captain Steve Smith, who had a horror run in first two tests, made a brilliant contribution with a 131-run knock. Just when it seemed that Smith might take the game away from team India, his remarkable innings was put to end with a brilliant direct throw from Jadeja. In the Sydney Test, Jadeja took 4 wickets for 62 runs and also got rid of Smith.

Jaspreet Bumrah was the bowler. Steve Smith played the shot, the ball went away. Smith wanted to take a quick second run, but Jadeja immediately threw the ball from deep square leg. The bullet throw from Jadeja hit the stumps directly. With this, the innings of both Steve Smith and Australia ended. Smith returned to the pavilion after a brilliant innings of 131 runs in 226 balls with 16 fours and a strike rate of 57.96.

Jadeja first got Marnus Labuschagne caught out by Ajinkya Rahane for 91 runs. It was a big breakthrough for Team India. Labuschagne had a 100-run partnership with Smith for the third wicket, which was broken by Jadeja. After this, Jadeja got Matthew Wade (13) caught out by Jaspreet Bumrah. Then returned, both Pat Cummins and Nathan Lyon back to the pavilion for zero. Pat Cummins was bowled, while Nathan Lyon was out lbw.

“I feel if I play up the order, I bat with responsibility. You get time to settle down and play. Once I get a start, I bat with the flow,” said Jadeja while speaking to the media after the end of Friday’s play.

“When I bat with the batsmen (up the order instead of with the tail lower down), I get the confidence since I get to talk to batsmen about what to do and what not to do. So the higher I bat, it is good for me and helps me in playing my innings well,” added Jadeja.