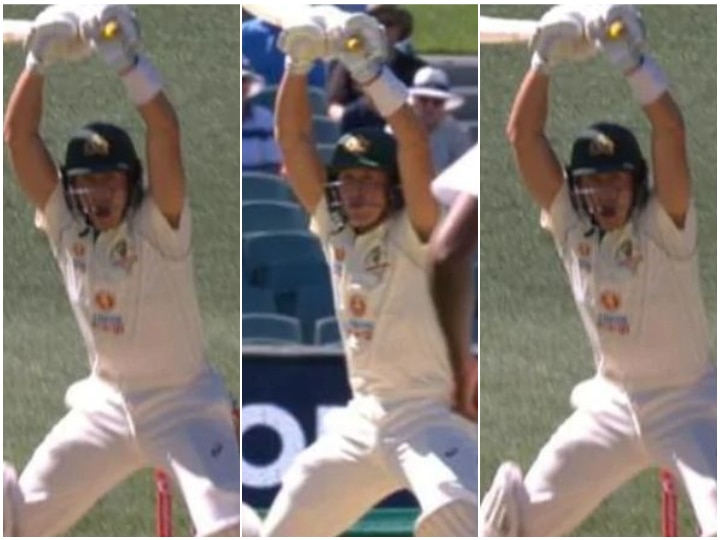 During the Day Night Test in Adelaide between India and Australia, the batting of Marnus Labuschagne was very much in the news. During his innings, Marnus imitated Steve Smith’s mannerism as he left the off-side balls in the style of Smith and also made a noise like him. But his weird actions after leaving the ball and especially, the “no run call” has led to netizens roasting him brutally. Making the most of the dropped chances, Labuschagne scored 47 runs off 119 balls.

Seeing Labuschagne’s Smith-esque batting technique, the Indian team as well as the audience were quite surprised. The right-handed batsman came to the crease after opener Matthew Wade was dismissed. At that time Australia was one wicket down for 16 runs. Wade was cleaned up by Jasprit Bumrah after scoring eight runs. Labuschagne first faced Bumrah.

The first ball was bowled away from him. But while leaving it, he went to the off side and shouted loudly, ‘No run.’ Seeing this, everyone laughed as anyways he could not have taken a single as the ball went straight to wicket-keeper Saha.

Former Australian captain Alan Border, however, did not like Labuschagne’s on-field behavior. He said during the commentary on Fox Cricket that this was a very strange behavior from such a professional batsman at the highest level of game.

Marnus displaying all his variations of the ‘No Run!’ #AUSvIND pic.twitter.com/gLQZjI50B7

Labuschagne often describes himself as a big fan of Smith. Both played together during the Ashes series in 2019. Interestingly, when Smith was a victim of concussion, Labuschagne came in his place in the team and had broken England’s bowling attack confidence by batting just like him. In the subsequent Test, both played together again.