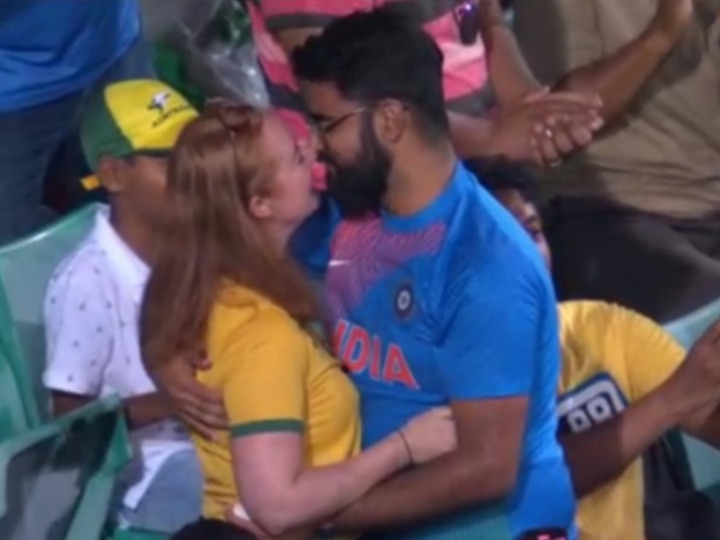 An interesting view was witnessed in the second ODI between India and Australia. During the Indian innings, love took the center amidst all the cricketing action at the Sydney Cricket ground when a guy proposed to his girlfriend.

Seeing this, thousands of spectators, cricketers and commentators seemed happy. The good thing was that the girl fortunately accepted the marriage proposal of the boy. It seemed that the boy who proposed was Indian. He was wearing a team India jersey. The girl was a supporter of Australia.

Guy proposes to girlfriend during India vs Australia 2nd ODI at Sydney!

The romantic scene was caught on camera in the 20th over of the Indian innings. At that time, Shreyas Iyer and Virat Kohli were batting when a Team India supporter sitting in the audience, out-of-nowhere, proposed his girlfriend for marriage by coming down on his knees.

The guy carried the ring in a white box. The girl seemed stunned upon seeing this surprising proposal by his lover. While the people sitting around expressed happiness. Seeing this, Adam Gilchrist, who was commenting, appealed to the girl to say yes.

After the girl accepted the guy’s proposal, the stadium echoed with a thunderous applause. Then the adorable couple hugged each other for a long time. This whole incident was also visible on the big screen in the stadium. Netizens took no time to make the lovely pictures and videos viral on social media.

Australia set a tectonic 390-run target on the back of a power-packed all-round batting performance which saw all their frontline batsman scoring half tons. The hero for ‘Aussies’ with the willow was Steve Smith, who notched up his second straight ton against India in ODIs.