Watch: Jasprit Bumrah Gets ‘Guard Of Honour’ For Scoring His Maiden First-Class Fifty 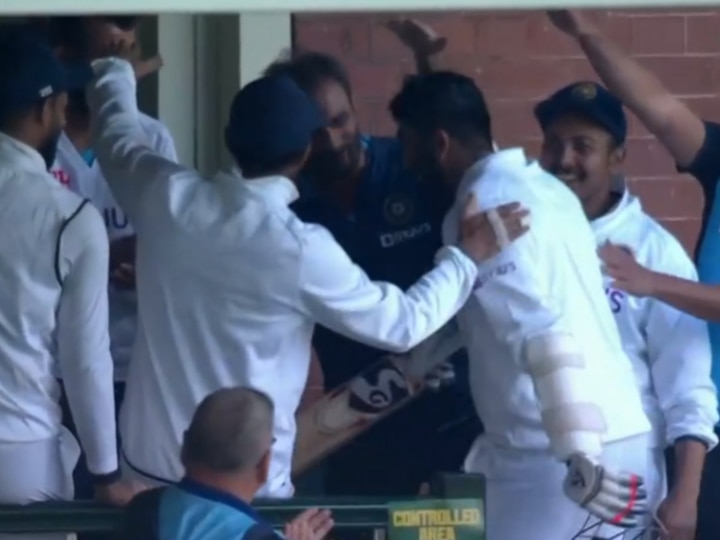 Indian cricket team’s star speedster Jasprit Bumrah is performing remarkably well for the Indian cricket team. After showing his superb bowling, the fast-bowler has now scored a brilliant half-century in the first day of the Pink Ball practice match against Australia A at the Sydney Cricket Ground.

After this magnificent innings of Bumrah, the players of Team India gave him the ‘guard of honor’ just outside the dressing room. The video of India players, including skipper Kohli, giving Guard of Honor to Bumrah is becoming fiercely viral on social media.

This is Jasprit Bumrah’s first half-century in first class cricket. The lethal paceman scored 55 runs off 57 balls. In the practice game, team India was dismissed for 194 runs in 48.3 overs by the Aussies.

While almost every Indian batsman was having difficulty in scoring runs, Bumrah batted brilliantly and smashed six fours and two sixes in his innings. Bumrah and Mohammad Siraj shared a brilliant 71-run partnership for the 10th wicket.

Indian captain Virat Kohli has decided not to play the second practice match of Day Night against Australia A so that he can remain fit before the Test series. India won the toss and decided to bat first. Indian team opener Mayank Agarwal was dismissed cheaply, while Prithvi Shaw scored 40 runs off 29 balls. Shubhman Gill returned to the pavilion after scoring 43 runs.

After this, the solid partnership between Jaspreet Bumrah (55) and Mohammad Siraj (23) saved the Indian team. Bumrah played many brilliant shots like cover drives and pull strokes during his knock. Before this, his personal best score in first class cricket was 16 not out, which he made against Australia A in 2014.

Jasprit Bumrah got ‘Guard of Honour’ by team India for his great batting inning [55* (57)] against Australia A. pic.twitter.com/dPNIq4UqY5

The Indian team played a Test against Bangladesh at the Eden Gardens last year with the pink ball, in which it won by an innings and 46 runs. Australia has played many matches with the pink ball which gives them a bit of an upper hand, especially at home conditions.