Watch: Cameron Green Knocked Down After Getting Hit On Head By Batsman Jasprit Bumrah’s Fiery Shot 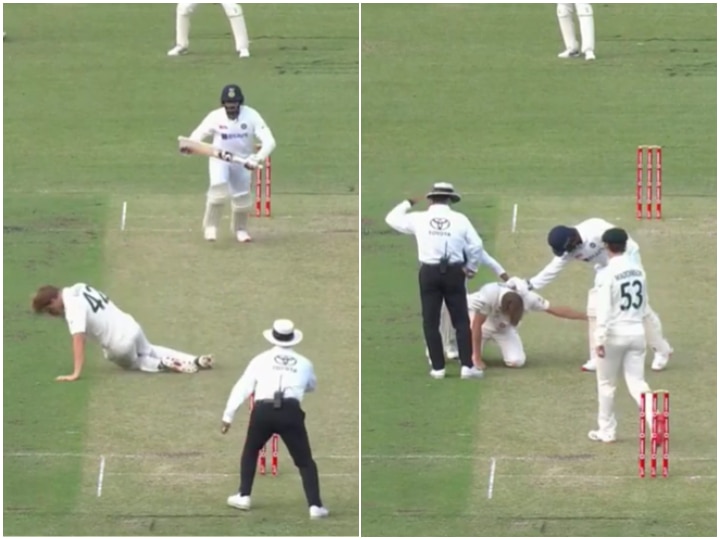 Every cricketing fan is aware of team India’s star paceman Jasprit Bumrah’s sheer pace and control over the ball, but how fatal injury can the lethal speedster can cause to the opposition bowler, was seen during the second practice match between India and Australia A in Sydney.

India vs Australia A: Jasprit Bumrah Hits Cameron Green On The Head

Batting first in this match, team India scored 194 runs. Jasprit Bumrah’s unbeaten 55 runs off 57 balls was the highest score among Indian batsmen. However, during his half-century innings, one fiery shot from Bumrah’s bat hit the head of the Australian bowler Cameron Green, which knocked him down for a while and eventually caused him to go out of the ground due to a possible concussion.

The incident took place when Cameron Green was bowling his seventh over of the innings to Jaspreet Bumrah in three-day day-night warm-up game against Australia A at the Sydney Cricket Ground.

Bumrah smashed a straight drive on Green’s delivery which went towards him at a very high speed. The bowler tried his best to stop this shot coming towards his head, but the speed of the shot was so fast that even after trying very hard, Green could not stop the ball from hitting his head.

Mohammad Siraj, the Indian player standing at the non-striker’s end, immediately went to Green to check on him. Green had scored a century in the first practice match. Australia-A medical team came out in the middle immediately to check for any possible facial injury or fracture and then later he went out of the ground for the mandatory concussion assessment.

India vs Australia A: Australia’s Will Pucovski Ruled Out Of Practice Game After Getting Hit By Karthik Tyagi’s bouncer