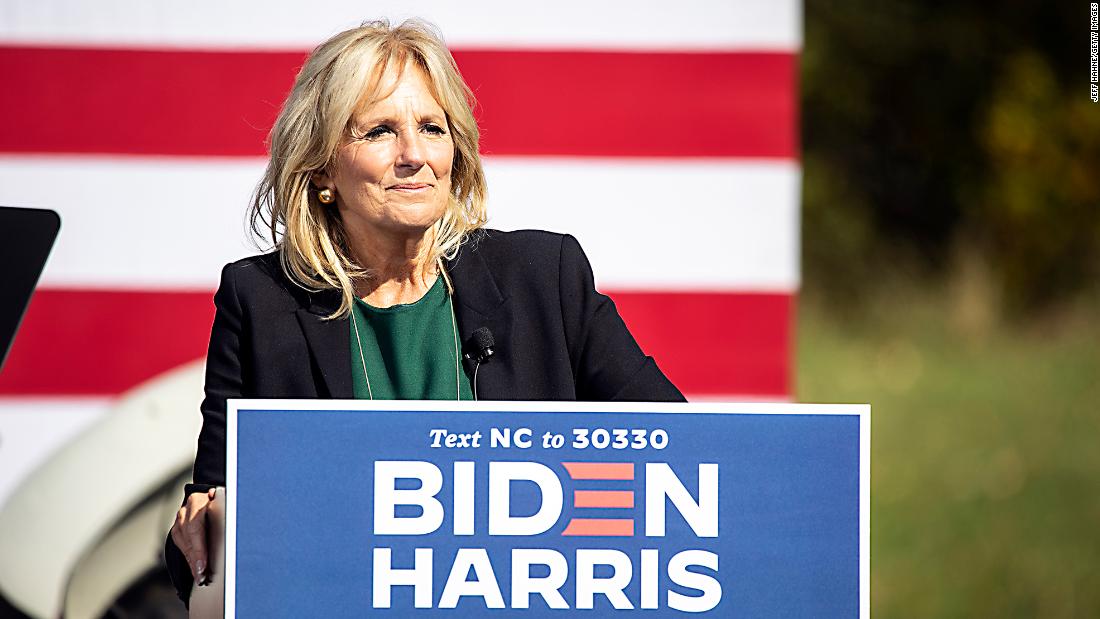 In the op-ed published Friday, author Joseph Epstein argued Jill Biden should drop the honorific because she is not a medical doctor but rather earned a doctorate in education. Epstein wrote that her use of the title “feels fraudulent, not to say a touch comic.”

The op-ed drew ire on Twitter from Biden staffers, supporters, those with doctorates and journalists including at least one from the Wall Street Journal.

Kamala Harris’ husband, Doug Emhoff, tweeted that the op-ed “would never have been written about a man” and Pete Buttigieg’s husband, Chasten Buttigieg, wrote, “The author could’ve used fewer words to just say ‘ya know in my day we didn’t have to respect women.'”

“If you disagree with Mr. Epstein, fair enough. Write a letter or shout your objections on Twitter,” Gigot wrote. “But these pages aren’t going to stop publishing provocative essays merely because they offend the new administration or the political censors in the media and academe.”

In the piece titled, “The Biden Team Strikes Back,” Gigot specifically called out statements from Jill Biden’s press spokesperson, Michael LaRosa, and her communications director, Elizabeth Alexander. Gigot accused “Team Biden” of “push[ing] the sexist theme,” in reference to the reactions from Emhoff and Chasten Buttigieg.

“Why go to such lengths to highlight a single op-ed on a relatively minor issue? My guess is that the Biden team concluded it was a chance to use the big gun of identity politics to send a message to critics as it prepares to take power,” Gigot wrote. “There’s nothing like playing the race or gender card to stifle criticism. It’s the left’s version of Donald Trump’s ‘enemy of the people’ tweets.”

Gigot wrote that the “Biden team was able to mobilize almost all of the press to join in denouncing Mr. Epstein and the Journal.”

Prominent media figures and some staffers inside the Journal tweeted against the op-ed. Vanity Fair Editor-In-Chief Radhika Jones tweeted her response to a line in Epstein’s op-ed that people should only call themselves doctors if they have delivered a child.

“I delivered my first child, a doctoral dissertation in English literature, in 2008, and my second child, a human, in 2014. You may call me Dr. Jones. And I will call her Dr. Biden,” Jones wrote.

Melissa Korn, a Journal reporter who covers higher education, tweeted that the op-ed is “belittling” and “disgusting.”

“I cannot bring myself to include a link, because why give it more air? But that op-ed belittling Jill Biden, urging her to drop the Dr., mocking her research on community college, likening her degree to an honorary doctorate, is disgusting,” Korn wrote. “There is a thick wall between the news and opinion operations of @WSJ, but it still saddens me that they’d print it. Which is the way I’ve felt about many op-eds over the years. Pieces like that make it harder for me to do my job.”

The Journal’s newsroom and op-ed section have repeatedly clashed throughout the year. In July, nearly 300 news staffers sent a letter to the Journal’s publisher, Almar Latour, that criticized the opinion section’s “lack of fact-checking and transparency,” The New York Times reported.
Responding to a request for comment Sunday, Epstein told CNN in an email, “No comment, apart from saying that I thought mine a lightly humorous piece, but I fear there isn’t much humor in the world, especially among the politically correct.”

A spokesperson from the Journal did not immediately respond to a request for comment.