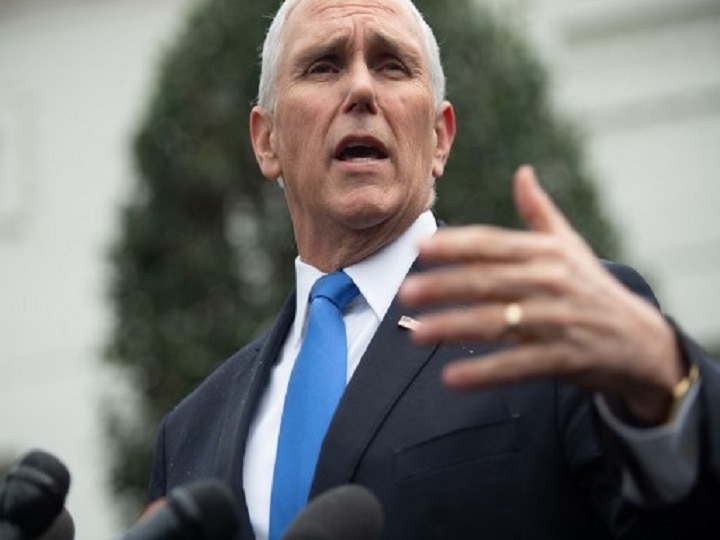 US Vice President Mike Pence in a letter to House of Representatives Speaker Nancy Pelosi on Tuesday said that he is opposed to invoking the 25th Amendment to remove President Donald Trump from office. ALSO READ | Donald Trump Opposes Move To Impeach Him, Calls His Speech Before Capitol Riot ‘Totally Appropriate’

“With just eight days left in the President’s term, you and the Democratic Caucus are demanding that the Cabinet and I invoke the 25th Amendment,” Pence said, as quoted by Agence France-Press.

“I do not believe that such a course of action is in the best interest of our nation or consistent with our Constitution,” the US Vice President added, hours before the voting for the 25th Amendment takes place in the House.

His statement has come at the time when Democrats say the House will consider the impeachment of President Donald Trump on Wednesday, one week after an angry mob of his supporters invaded the Capitol.

The Democrats and an increasing number of fellow Republicans have accused Donald Trump over the riot, following a rally in which Trump repeated unsubstantiated allegations of vote fraud. Five people died in the attack, including a Capitol police officer.

This is the Democrats’ first step toward making Trump the first president in history to be impeached twice. According to the latest media reports, at least 210 House members have co-sponsored the measure to initiate the 25th Amendment process or risk an impeachment vote against Trump.

Trump at the moment has been shunned by former supporters, barred by social media, and now facing a second impeachment for allegedly inciting the crow against Congress on January 6.

The article of impeachment charges Trump with high crimes and misdemeanors for whipping up an insurrection and disrupting the peaceful transfer of power. The resolution cites Constitution’s 14th Amendment, noting that it “prohibits any person who has ‘engaged in insurrection or rebellion against’ the United States” from holding office.