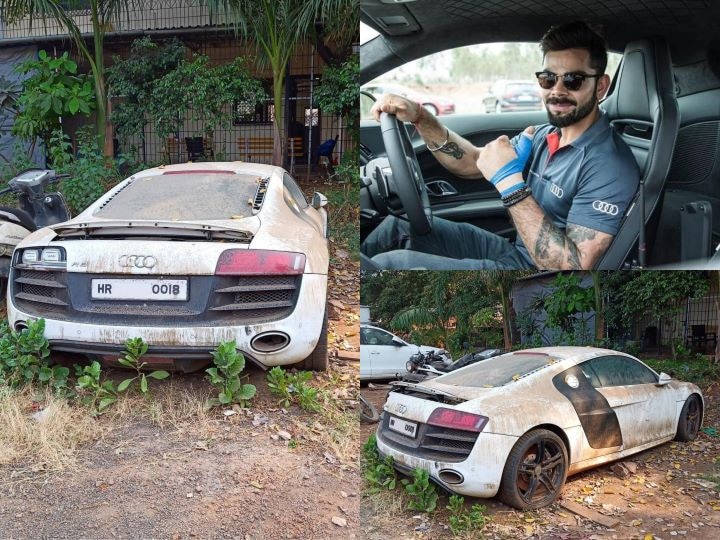 It is very well known that Indian captain Virat Kohli is very fond of cars and his garage contains various posh and luxury cars. He is also a brand ambassador of Audi India for a long time now. The 32-year old lays his hands on a new car with every new car launch from Audi India.

There have been reports that Virat Kohli’s car is lying in the police station and this has intrigued his fans that why the Indian captain’s car is with the police. No, our captain is not at all involved in any criminal case!

The reason behind the car at the police station?

In 2016, he sold it through a broker to a man named Sagar Thakkar. According to CarToq, Sagar was later involved in a scam and it eventually led to the car being seized by the police. He bought the car from the India cricketer to gift it to his girlfriend. Sagar, however, soon fell in trouble because of his involvement in a mega scam and was arrested by Mumbai Police.

He went into hiding after the call center scam was unearthed. Mumbai Police raided his properties and seized the Audi R8. Fortunately, Kohli had his paperwork done properly and thus did not face any trouble after the car was seized by the police. Sagar bought the car for about Rs 2.5 crore and it was seized within two months. The vehicle has been parked in a Mumbai Police ground since then. In the past, Kohli was pictured with the very same Audi R8 on several occasions and he used to love driving this car around.

In 2019, an automobile enthusiast running a social media handle Automobili Ardent, photographed the Audi R8 in the impound and wrote on social media platforms,”That’s @virat.kohli’s ex Audi R8 V10 in a miserable state somewhere in Thane! After being impounded, the car has been sitting at police grounds for a year now. The car has been flooded and even floated from one end of to ground to another. Painful to see such good cars in such a dire state. Don’t know if this is even worth rescuing now.”