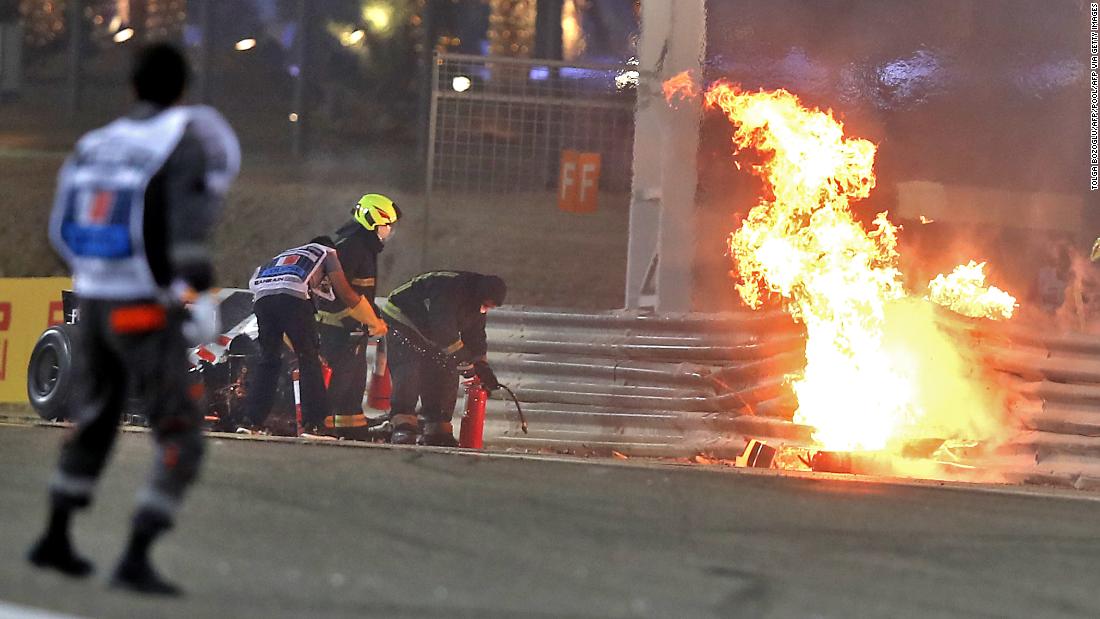 The incident occurred on the third corner of the first lap as Grosjean plowed into the barriers following contact with Daniil Kvyat.

The Frenchman said he “saw death coming” after the car split in half and was instantly engulfed in flames.

Dramatic live footage showed Grosjean jump out from the burning wreckage after what he says was 28 seconds.

“It was a big relief to see Romain jumping out of the car. You can really see the safety of Formula One cars. It was incredible that he basically jumped out of the car like that,” Verstappen told CNN Sport.

“At the time, when we were driving back to the pits, I could see the flames which were very scary.

“I was asking on the radio, ‘Is he out? Is he out?’ Then we saw the footage that he did jump out and that’s the most important thing.

“Then you just have to wait for the injury report but luckily it wasn’t too bad.”

Grosjean was rushed immediately to hospital where he was treated for minor burns on the back of his hands.

He was discharged from the Bahrain Defence Hospital (BDH) on Wednesday and will remain in the country to receive private treatment for his burns.

Verstappen says all drivers on the grid are fully aware of the risks involved in the sport and was determined to get back on the track to compete in Bahrain.

After a lengthy break, the race restarted and Verstappen eventually finished second behind Lewis Hamilton.

The Red Bull driver currently sits third in the driver standings having won one race this season.