US Pharmacist Destroys 500 Doses Of COVID Vaccine Over ‘Doubts’ 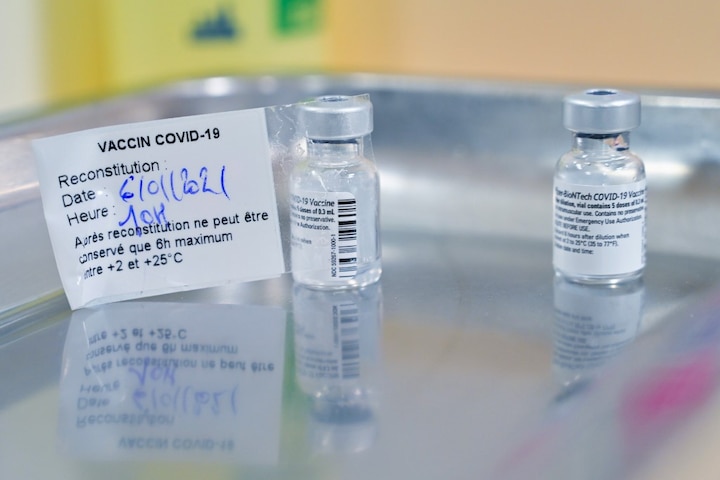 The Grafton Police Department of the Wisconsin state of the United States has arrested a pharmacist for destroying more than 500 doses of the Moderna Covid-19 vaccine.

The pharmacist identified as Steven Brandenburg told the police that he believed the vaccine was capable of altering the human DNA and had thus left the vials out of the refrigerators.

Brandenburg who an employee of Aurora Medical Center in Grafton, where he destroyed around 57 vials of the vaccine. Later on further investigation revealed that the number went more than 500 as the medical center found more doses were left out of the refrigerator by him.

As per reports, Steven Brandenburg told the police and the court that vaccines were unsafe. The district attorney also noted that the accused pharmacist was upset because of his ongoing divorce process.

Detectives probing the matter said that Brandenburg admitted to them of having intentionally ruined the Moderna vaccine doses as he believed they could hurt people by changing their DNA.

Out of the vaccine doses that Brandenburg destroyed had already been administered to people before the hospital officials found out that the medication had been left unrefrigerated long enough to render the vaccine ineffective. The remaining 500-plus doses were then discarded.

Grafton police said in a statement that the pharmacist “knew the spoiled vaccinations would be useless and that people who received the vaccinations would think they had been vaccinated against the virus when in fact they were not”.

ALSO READ | Nepal Shows Its Preference To Indian Vaccines Over Chinese, Foreign Minister Likely To Sign A Deal With India

Scientists trying to half the dosage

It is worth mentioning that scientists from Moderna Inc and the National Institute of Health, may take another two months to test if doses of its coronavirus vaccine can be halved to double the supply of the doses in the US.

Meanwhile, the US government is also considering to halve the dose for Moderna’s vaccine, which requires two injections in order to free up supply for vaccinating more people.

The US administration has given emergency use approval to the vaccines developed by Pfizer and Moderna as the number of cases continues to rise.