US Capitol Building Siege: Know Why & How The Attack Started 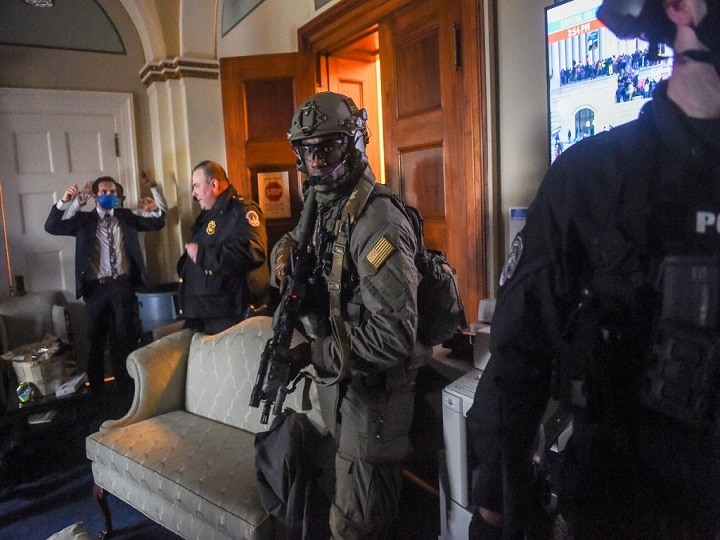 New Delhi: Interrupting the process of affirming Joe Biden’s presidential election victory, angry protesters President Donald Trump stormed the US Capitol, resulting in a clash with the police.  The clash led to some casualty and multiple injuries.

Incited by President Trumps speech outside the White House Grounds, the protesters outside turned into a mob which bust through the barriers meagerly installed outside the Capitol Building. US Capitol Police which were outnumber by the protesters failed to push them back with tear gas and rubber bullets.

This happened just as the Senate was debating certification of the Electoral College votes to formally declare Joe Biden the next president. The building had to be evacuated and the House and chambers went under lockdown. Protesters defaced the precious and historical interiors. Capitol Police deployed tear gas. A woman was shot inside the building and has now reportedly died.

A CNN report says, a woman who was shot inside US Capitol has died, quoting a spokesperson with the Metropolitan Police Department. Multiple officers were injured during the mob attack. After a four hour violent occupation by Trump supporters, the Capitol was secured as heavily armed police personnel were deployed to disperse the crowd. Trumps who earlier egged the mob told them to stop and return back home.

World leaders expressed their shock, “Disgraceful scenes in US Congress,” tweeted Prime Minister Boris Johnson of Britain, a staunch ally of the United States over generations. “The United States stands for democracy around the world and it is now vital that there should be a peaceful and orderly transfer of power.”