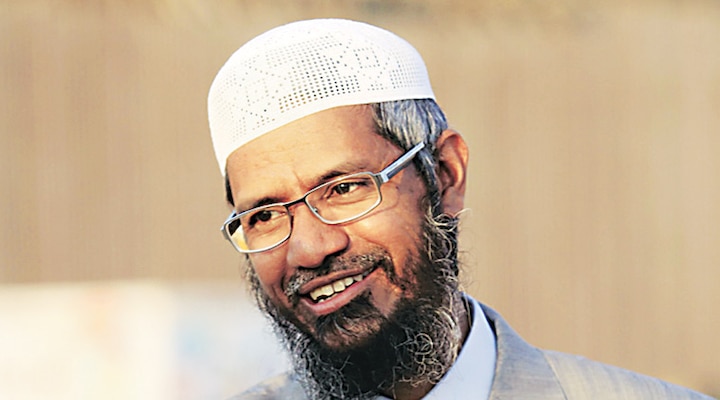 Terror Alert: The Indian intelligence establishment is learnt to have intercepted crucial financial transactions with links to wanted Islamic preacher Zakir Naik suggesting that a Malaysia-based Rohingya outfit may be in an advanced stage of orchestrating a terror strike in the country by a group led by a woman. Also Read: West Bengal Chief Secretary & DGP Skip Delhi Visit Despite MHA Summon Over Attack On Nadda’s Convoy

Zakir Naik is controversial Islamic cleric, who is in hiding in Malaysia since 2016. According to the intel inputs, a slew of suspicious India-centric transactions to the tune of around 2 lakh US dollars (Rs 1.47 cr)  have been tracked to Kuala Lumpur-based Rohingya leader Mohammed Naseer and cleric Zakir Naik. Naik is absconding and have been wanted on charges of money laundering and inciting extremism through hate speeches.

The transaction is being linked to a Chennai-based suspicious hawala activity. Digging deeper, the officials have suspected that a group was to infiltrate India in mid or end of December through Bangladesh.

The intelligence suggests that a woman-led group, who has been trained in Myanmar, may attempt to infiltrate an Indian city before December end. The women were supposedly sent to Myanmar from Malaysia for the training early this year, but the origin or any identity related details of the woman is unclear.

Since the inputs came in, the intelligence agencies have alerted the police and state intelligence bureaus of Delhi, Haryana, UP, Bihar and West Bengal to beef up surveillance. In the alert to the states, its has mentioned likely targets as Ayodhya, Bodhgaya, Punjab and Srinagar.

The agency also suspects that a few activists belonging to Popular Front of India may extend support to the group for logistics, and hence security has to be watchful of any elements associated with the outfit.