Twitterati Confused Between Baby And Jr. Tendulkar: ‘When They Said Sachin Baby, I Thought They’re Talking About Arjun Tendulkar’ 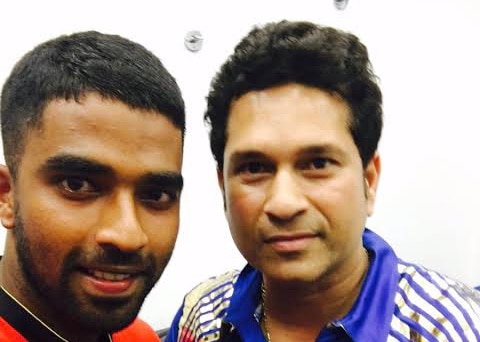 In a hilarious turn of events, Twitteratis confused Sachin Baby to be the son of Sachin Tendulkar. Arjun Tendulkar was in news and people knew that his name would appear during the IPL Auction 2021 and when Sachin Baby from Kerala was brought up in the Auction, people thought he was Sachin Tendulkar’s son.

Sachin Baby hails from Kerala and has represented India A before. He made his IPL debut in 2013 for Rajasthan Royals but managed to play only one match. He got picked by RCB in 2016 and played two seasons with the Bangalore franchise. In 2018, he was picked by SRH but did not find a place in the team even once. This year in the IPL Auction 2021, he was picked by his old team RCB for his base price of 20 lakh rupees.

Take a look at the tweets by fans after they confused Sachin Baby with Arjun Tendulkar:

Later some people clarified that Sachin and Arjun are two different players:

The entire episode was funny and uncanny. Meanwhile, Arjun Tendulkar was the last player at the Auction 2021 and he was picked by Mumbai Indians at his base price of 20 lakh rupees.