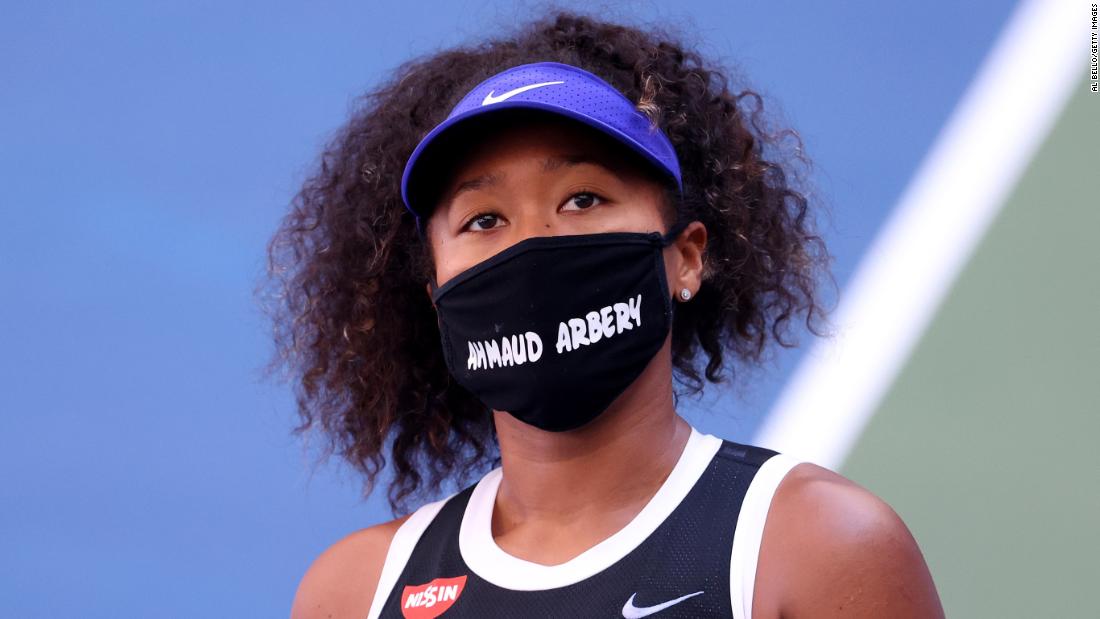 Named Forbes’ highest paid female athlete in 2020, Osaka is the daughter of a Haitian father and Japanese mother and, like the members of the Courage, used her platform prominently in 2020 in support of the Black Lives Matter movement.

During each match of last year’s US Open — which she eventually won — Osaka wore a mask bearing the name of a Black victim of alleged police or racist violence in the US.
Currently in Australia as she prepares to compete in the first grand glam of the year at the Australian Open, Osaka said part of the reason she teamed up with the Courage was a shared interest in social activism.
“I also admire everything the Courage does for diversity and equality in the community, which I greatly look forward to supporting and driving forward,” Osaka said in a statement on the club’s website.

“My investment in the North Carolina Courage is far beyond just being a team owner, it’s an investment in amazing women who are role models and leaders in their fields and inspirations to all young female athletes,” added Osaka.

The 23-year-old is the first investor in the Courage since owner Steve Malik acquired and relocated the team to North Carolina in 2017.

The Courage most recently won the NSWL championship in 2019.

“Naomi embodies the values we have been striving to cultivate at our club, and she brings an invaluable viewpoint on topics beyond sports. I cannot think of anyone better to help us as we continue to make a difference in our community and inspire the next generation of women,” said Malik.
READ: Rafael Nadal calls for ‘wider perspective’ from players in quarantine ahead of the Australian Open

With sport one of the few live events that people could still watch on TV during 2020 due to the coronavirus pandemic, the protests athletes made in the wake of George Floyd’s death and Jacob Blake’s shooting were viewed far and wide.

it was the decision by the WNBA side the Washington Mystics team to take to the court wearing white T-shirts printed with seven bullet holes in Blake’s honor that inspired Osaka to also take matters into her own hands, said the tennis star.
“Very quickly, I realized that I was going to have to do something myself. It was a moment in time I will never forget. It just felt instinctive,” Osaka wrote in a column for The Telegraph newspaper’s Women’s Sport supplement.

The protest that she organized — wearing seven masks with seven names of Black victims of alleged police or racist violence in the US — caught many people by surprise given her self-professed “reserved” nature.

But from Breonna Taylor in her first round-match against Misaki Doi to Tamir Rice in the final against Victoria Azarenka, each name resonated around the world, and highlighted to Osaka the impact she could potentially make.

“I never really knew the size and scope my voice might have when I set out. It was just raw emotion and deciphering wrong from right. It was not a political statement, and it was not for me, or about me. It was for others,” she wrote.

“A humanitarian stance. It may have caught some by surprise as I am known to be quite reserved, but this had been burning inside me for some time. When I received the messages from the families of victims at the US Open, it moved me to tears.

“What it shows is that we as athletes do have a voice and I won’t back down from using mine where I believe it is appropriate. Not everyone will like it but I sleep at night having faith in the fact that I am on the right side of history.”