The Highest Paid YouTuber Is This Nine-Year-Old From America; Know How Much He Made This Year 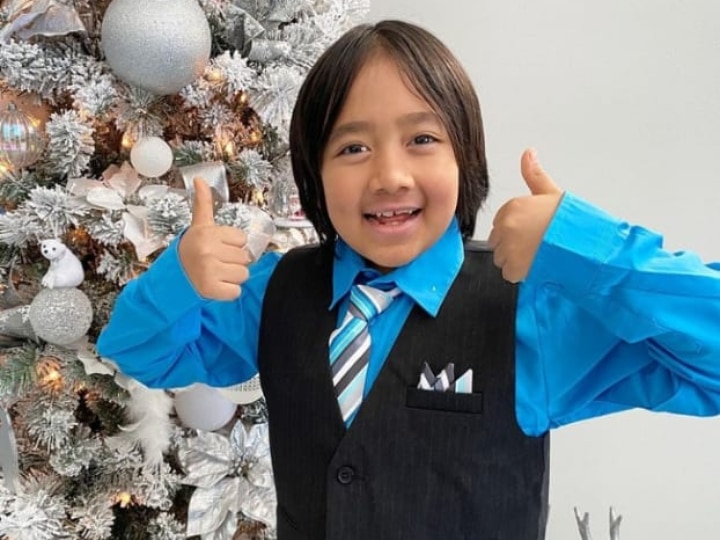 New Delhi: A nine-year-old boy from America has become the highest-paid YouTuber of the year. Texas-based Ryan Kaji has topped the list of YouTubers who earned the highest in the year 2020. According to an article by Forbes, Kaji made $29.5 million from his popular YouTube channel ‘Ryan’s World’. The channel is known for unboxing and review videos of toys and games.

ALSO READ| Year Ender 2020 | From Dalgona Coffee To Ludo, Here Are Social Media Trends That Took The Edge Off 2020

He also earned around $200 million from his channel’s merchandise such as branded toys and clothing. In the second spot on the Forbes list is 22-year-old Youtuber Jimmy Donaldson known as ‘Mr. Beast’who earned around an estimated $24 million. And the third spot is taken by Dude Perfect who earned $23 million.

The YouTube channel Ryan’s world was started in 2015 and stars Kaji as the main face. It also features his family- mother (Loann Kaji), father (Shion Kaji), and twin sisters (Emma and Kate). The channel which mostly does reviews of toys and games was started after his mother quit her job as a teacher and worked on the channel full time. His videos garner a high number of views. One of the videos titled ‘Huge Eggs Surprise Toys Challenge’ has got over 2.0 billion views as of November 2020.

Due to his popularity, many companies have also collaborated with Kaji who is now considered a social media influencer but the family soon started their own brand of toys and other merchandise which is placed in retail stores in the US. According to media reports, Kaji will soon be starring in his own TV series on popular kids’ channel ‘Nickelodeon’.