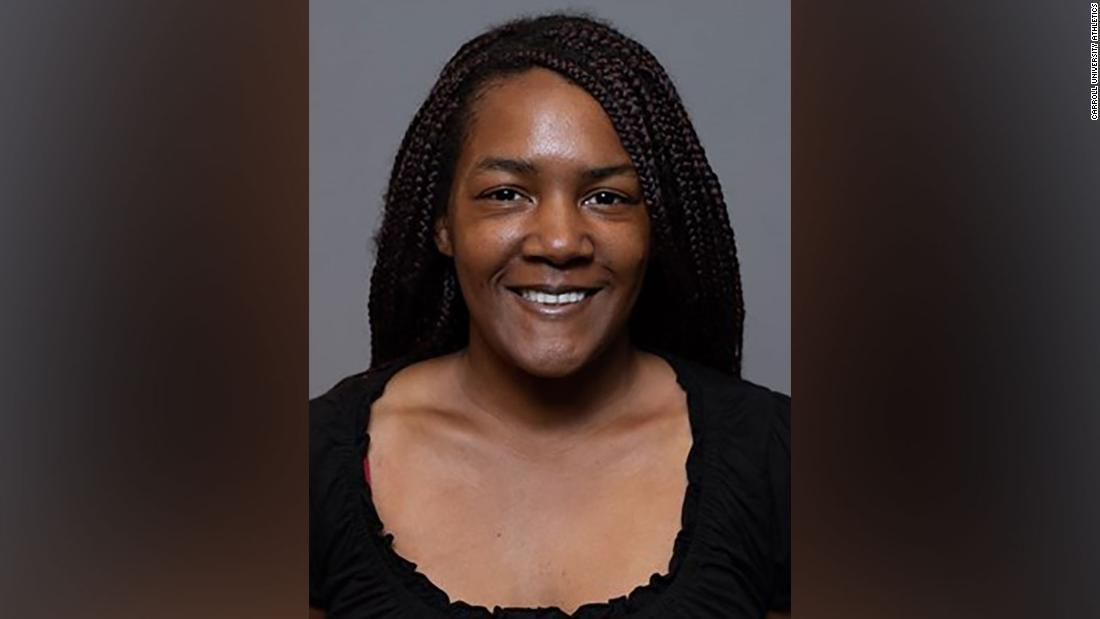 Smith will serve as a minor league coach within the organization, based at the club’s player development facility in Fort Myers, Florida, and will work mainly with position players, according to MLB.com.
A report about Smith surfaced last week in the Boston Globe and the team officially acknowledged the new hire Monday evening on Twitter.
“I think it’s a great opportunity also to just kind of inspire other women who are interested in this game,” she said on MLB Network. “This is not something I thought about when I was younger and I kind of fell into it being an athlete, so I’m excited to get that chance to show what I can do.”

Most recently Smith was an assistant baseball coach and hitting coordinator at Carroll University, a private liberal arts college in Waukesha, Wisconsin.

Her previous work experience includes youth academy roles for the Cincinnati Reds and the Texas Rangers organizations, and as an intern with the Major League Baseball corporate office, according to her LinkedIn page.
Smith graduated with a master’s of degree in business adminstration in sports management with an emphasis in organizational behavior from the Weatherhead School of Management at Case Western Reserve University in Cleveland, Ohio. She also has a doctorate of jurisprudence with an emphasis in sport law from Case Western Reserve University School of Law earned in May 2017, according to her staff bio.

“She was a great candidate coming in,” Red Sox vice president of player development Ben Crockett, who helped spearhead the hire said, according to the Globe, “She’s had some really interesting experiences and has been passionate about growing her skill set and development herself.”

Smith joins a small group of women trailblazing in the sport. Last season, for the first time in professional baseball history, Alyssa Nakken, became the first woman to coach on the field during a major league game. Nakken coached first base for the San Francisco Giants during an exhibition game in July.
In November, the Miami Marlins hired Kim Ng to be the team’s new general manager, making her the first woman GM and first Asian American GM in Major League Baseball history.

Spring training is just two months away, slated to begin on February 27.