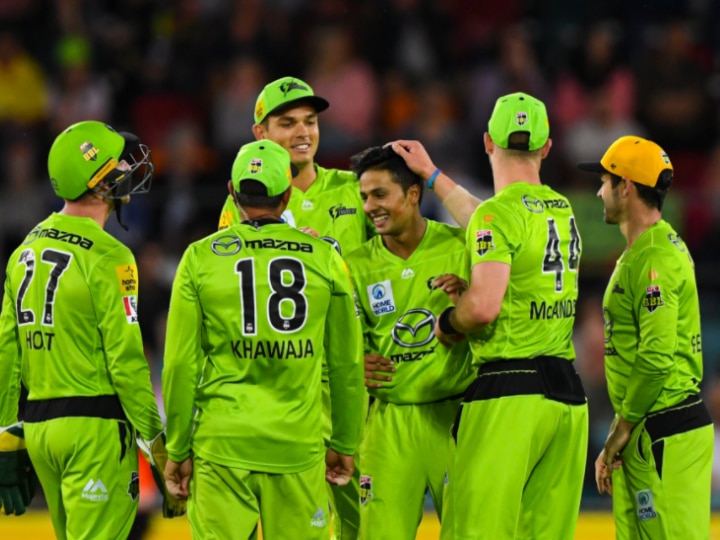 In the 14th match of the Big Bash League, Sydney Thunder made history on Saturday by getting a big win over Melbourne Renegades in Canberra. Sydney won the match by a huge margin of 129 runs. In terms of runs, this is the second biggest win in the history of T20 cricket and second-largest defeat in BBL history. Earlier in 2010, Pakistan had won against West Indies by a margin of 143 runs. In that match, Pakistan had scored 203 runs for five wickets. In reply, West Indies was bundled out for just 60 runs.

In the match played between Sydney and Melbourne, one of the most interesting things in this match was that not a single batsman of Sydney Thunders could score a half-century but still they achieved a historic victory.

Batting first, Sydney scored 209 for the loss of 8 wickets, in response Melbourne were bundled out for 80 runs in 12.2 overs. Sydney bowler Tanveer Sangha took the most 4 wickets for 14 runs. While Chris Green and Adam Milne picked two wickets.

Daniel Sams and Nathan McAndrew also picked a wicket each. From Melbourne, only Aaron Finch and Riley Russo were able to touch double figures. Finch scored the most 20 runs for Melbourne, while Riley scored 17 runs. Apart from these two, no other batsman could score more than 8 runs.

Sydney got off to a great start after batting first. The pair of Usman Khawaja and Alex Hales shared a crucial 70-run partnership. Sydney lost their first wicket in form of Usman (34) when the scoreboard read 70.

ALSO READ | Ind vs Aus: ‘I Will Be Accused Of…’ – Sunil Gavaskar Tells Why He Wants To Cautiously Praise Ajinkya Rahane

Immediately after this, Sydney lost their second wicket in the form of Hales (35 runs) at the score of 71 runs. Ferguson and Oliver Devises took over the innings after two wickets fell. Oliver scored 48 runs, missing the half-century by just 2 runs. Ferguson scored 31 and Daniel Sams scored 22 runs. Nathan remained unbeaten after scoring 20 runs off 5 balls.