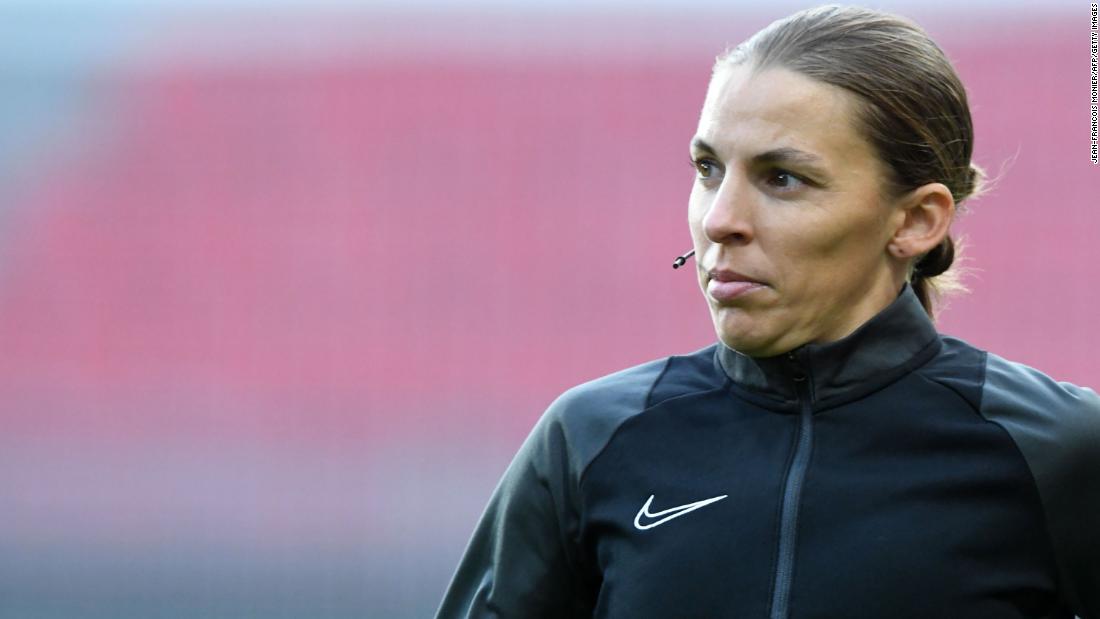 It is not the first top-level men’s game Frappart has taken charge of however. She became the first female referee to officiate a major men’s European final when she took charge of the UEFA Super Cup final between Liverpool and Chelsea in September, 2019.

Just a month prior to that, Frappart had seemingly reached the pinnacle to women’s refereeing when she took charge of the World Cup final between the US and the Netherlands in France.

She also became the first female referee to take charge of a French Ligue 1 match when Amiens played Strasbourg in April last year.

Speaking after the Super Cup in Istanbul, Frappart told CNN that although officiating the biggest games in women’s football helped her adjust to the pressure of working in men’s football, the size of the crowd’s were a real step up for her.

“It was a pretty special feeling when you walked out in the stadium and the crowd were actually cheering for us,” she explained. “I’ve never experienced that and in such a big, big match. In the warm-up I looked around and I was like, the other teams aren’t here so they have to be cheering for us.

“When you looked up at the crowd — I normally don’t engage with the crowd — they were looking at us and a few were waving and giving us thumbs up and congratulations. I thought that was pretty special.”

Before the start of Wednesday’s penultimate round of fixtures, Juventus trailed Group G leaders Barcelona by three points. The two sides will face off in the final game of the group in Barcelona on December 8.