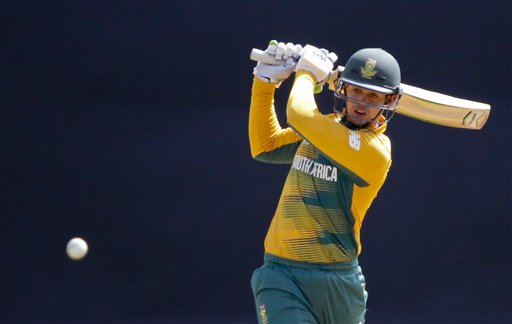 Concerns would be raised after Quinton de Kock recently opted out of a domestic T20 Tournament in South Africa citing his poor mental health. He questioned the sustainability of living in a bio-bubble for a long time. De Kock felt it was ‘unsettling’ to constantly be in bio-bubbles. Even about the tour to Pakistan, de Kock was skeptical as it frustrates the players as they have to constantly be in a bio-bubble. Andrew Breetzke, chief executive of the SA Cricketers’ Association told ESPNcricinfo that De Kock would take time off the game ‘for weeks’.

De Kock, who was the captain of South Africa in the recently concluded series in Pakistan was criticized for his poor captaincy and also his batting. South Africa lost two Test matches and also lost the T20 series 2-1 to Pakistan. Last month, de Kock had acknowledged that he was feeling the stress of living in a bio-bubble.

South Africa returned back home this week after a disappointing tour of Pakistan. They lost both of the Test matches and also lost two out of three T20I’s.

From 19 February, South Africa will host their domestic T20 tournament which is also called as ‘Pro20’. South Africa’s director of cricket, Greame Smith had announced that all players who are under contract with the South African cricket will take part in the competition. Later, when all the six franchises released their teams, it was clear that Faf du Plessis and Quinton de Kock would miss the tournament. Du Plessis’ reasons are not yet known.

Greame Smith said, “We are trying to manage these bubble lives that the players are spending time in, the mental health and welfare of players.” Although Smith has spoken about it, it is imperative to talk about the mental health of players especially during the pandemic.