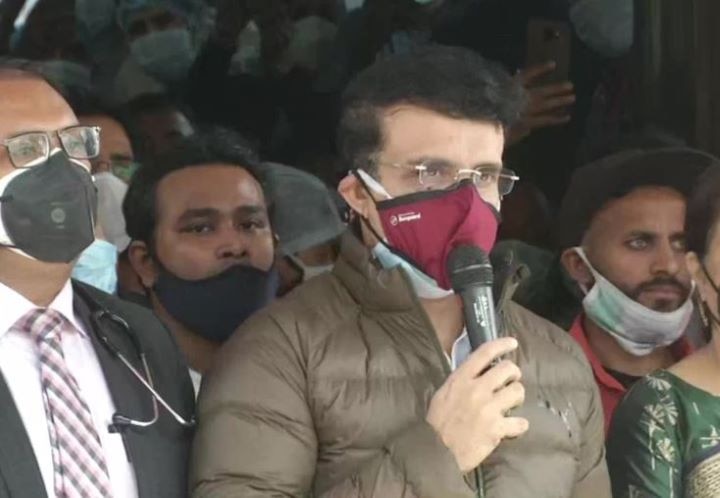 Sourav Ganguly Health Update: Former Indian skipper and the Board of Control for Cricket in India (BCCI) president Sourav Ganguly has been discharged on Thursday, the Woodlands Hospital has stated in its latest medical bulletin.

Ganguly had suffered a mild cardiac arrest during a workout session at his Behala residence on January 2. He had been moved to the Woodlands Hospital that day itself where he underwent angioplasty.

#WATCH | “I thank the doctors at the hospital for the treatment. I am absolutely fine,” says BCCI President Sourav Ganguly after being discharged from Kolkata’s Woodlands Hospital. pic.twitter.com/BUwsz5h1FQ

After being discharged from the hospital Ganguly spoke to ABP Correspondent Kuntal Chakraborty and said, ” This is a part of life, things happen, I am absolutely fine now, and in a few days will start working..will depend on how the body will react.”

The 48-year-old had three blocked coronary arteries and a stent was inserted in one to remove the blockage.

A nine-member medical team was formed at the hospital to look after Ganguly.


Earlier, noted cardiac surgeon Dr Devi Shetty said that the BCCI president is stable and can now be discharged from the hospital.

“Sourav Ganguly is fit and he can get back to normal life as it was. He can be discharged tomorrow,” Dr Shetty said on Tuesday.

“Mr Ganguly is clinically fit. He slept well and had his meal. He wanted to stay in the hospital for one more day. So he will go home tomorrow. It is his personal decision,” Woodlands Hospital MD and CEO Dr Rupali Basu said while speaking to reporters.

The necessary formalities to discharge Ganguly were completed, and he and his family members were briefed about the medicines which he needs to take after returning home.

“He is fine and has no chest pain or any other complications. Our team of doctors monitored his health condition thoroughly this morning,” a senior official of the facility said as quoted by PTI

The doctors at the private hospital had reached a consensus that the 48-year-old, who has been diagnosed with ‘Triple vessel disease’,  might have to undergo second angioplasty, which could be performed at a “later stage”.