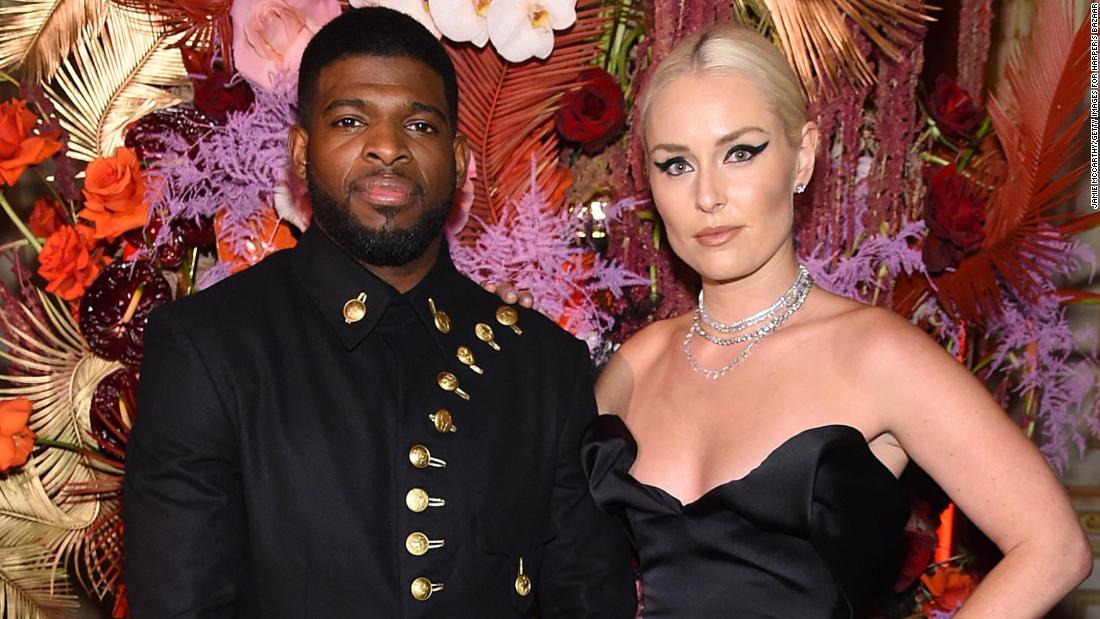 The couple met around three years ago and made their relationship public in 2018.

They got engaged in August 2019 when, according to Vogue, Subban proposed at home, in front of Vonn’s three dogs, presenting her an emerald ring — her favorite color and his birthstone.
“Over the past 3 years PK and I have had some incredible times together,” Vonn wrote on Instagram.

“He is a kind, good man, and someone I respect a great deal. However, after much consideration we have decided to move forward separately. We will always remain friends and love each other immensely.”

New Jersey Devils defenseman Subban has also released a statement. It said in part: “Lindsey is one of the most kind and caring people I know. I will always treasure our time as a couple together and the many laughs we shared.”

Vonn, 36, retired from professional skiing in 2019. She finished her career with 82 World Cup victories. That’s 20 wins ahead of the next best woman, Annemarie Moser-Proell of Austria, and second on the all-time list behind Sweden’s Ingemar Stenmark.

By winning a downhill bronze in her final race, Vonn became the oldest woman to secure a medal at a world championships and the first female racer to medal at six world championships. She also won three Olympic medals, including gold in the downhill in Vancouver in 2010.

A Toronto native, the 31-year-old Subban is considered one of the top defensemen in the NHL.

In 2014, Subban won gold representing Canada at the Sochi Olympics and led the Nashville Predators to the franchise’s first appearance in the Stanley Cup Final in 2017. He was traded to New Jersey in June.