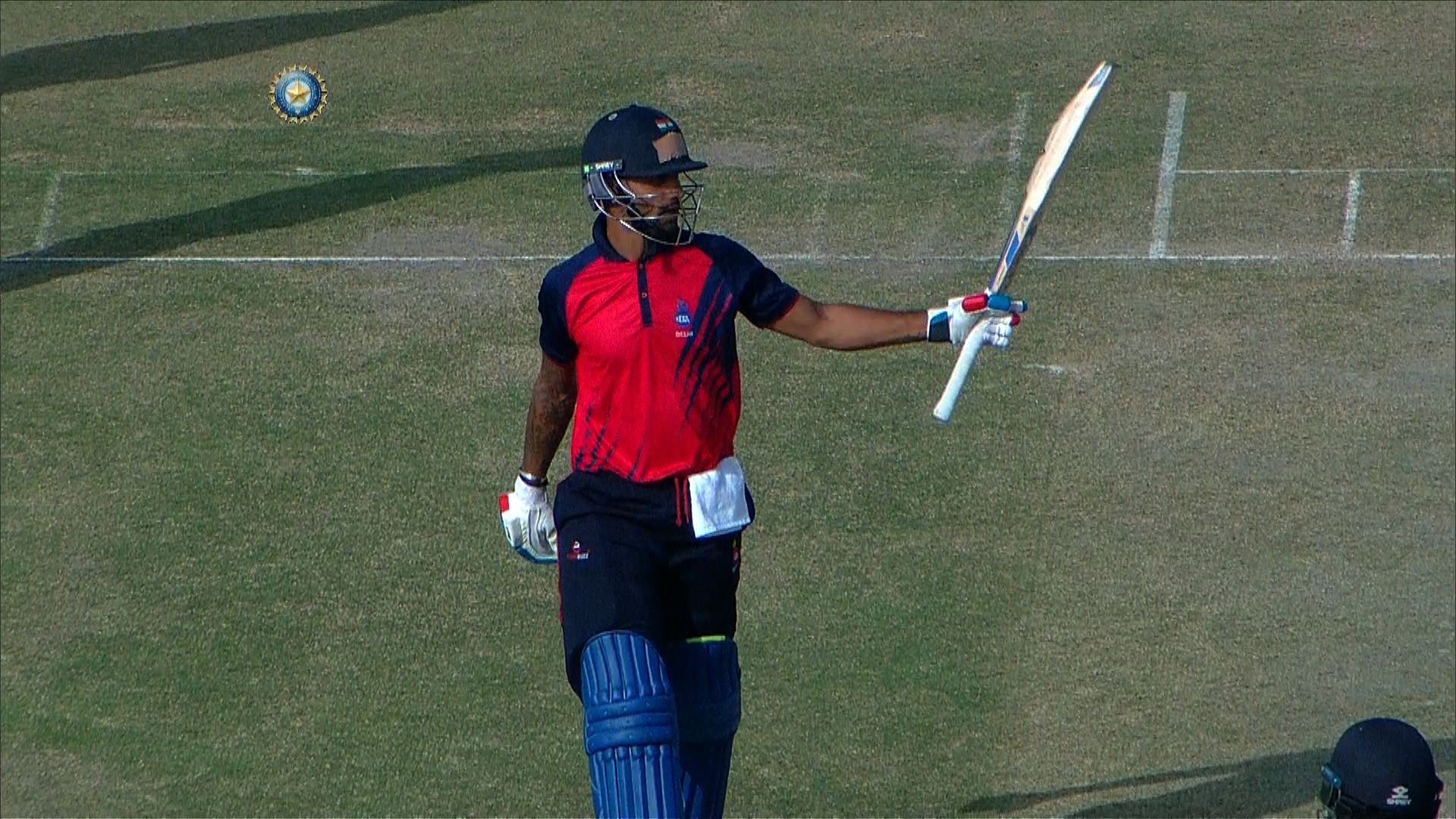 Shikhar Dhawan storms back in to form in style. He played a match-winning innings of 153 runs for Delhi while chasing a score of 329 against Maharashtra. It was a typical Dhawan-style return back to form. It was a Vijay Hazare Trophy Elite Group D match at the Sawai Mansingh Stadium in Jaipur.

Shikhar Dhawan was struggling to find form since he returned from the series in Australia. In the six domestic matches he played, he got out on single digit scores on five occasions and once he scored a half century. But the Delhi batsman shun his critics by playing an innings of 153 runs of 118 balls to take Delhi on the second spot of group D in the Vijay Hazare Trophy.

Don’t miss out on the Highlights of Shikhar Dhawan’s Innings, Click here.

Earlier in the match, Maharashtra did well to take their team’s score to 328. Kedar Jadhav’s 86 and Azim Kazi’s 91 took the team’s total to a considerably good score. But Dhawan spilled water on Maharashtra’s hopes. His innings along with 61 by Dhruv Shorey and finishing touches by Kshitiz Sharma took Delhi to victory in 49.2 overs.

Click here to see the full scorecard of the Delhi vs Maharashtra game.

Dhawan will be next seen in the five match T20I series against England which is set to begin from 12 March.