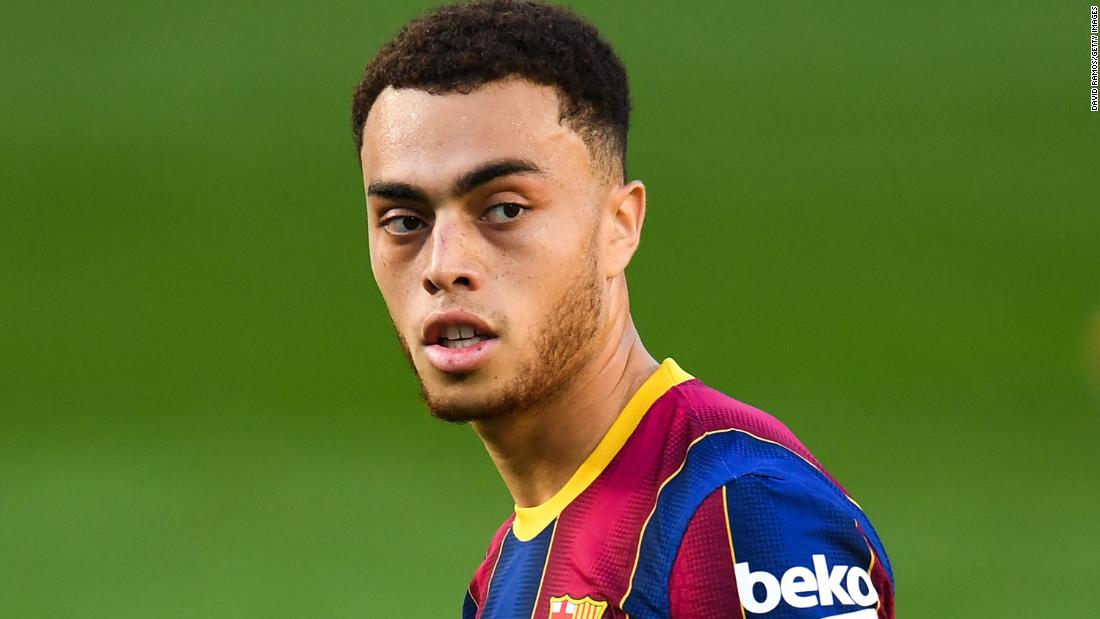 The 20-year-old admits that when he arrived at Barca’s training ground for the first time since joining from Ajax in October, he wasn’t nervous as it “was a really, really great experience because my dream came true.”

However, Dest’s first meeting with club great Lionel Messi — while “really special” — did provide a bit of a “Lost in Translation” moment.
“The first time I met him was in the gym. I can’t speak Spanish yet, I’m learning it,” Dest told CNN Sport’s Amanda Davies.

“I just saw him and I was talking English to him but he was talking Spanish back so it didn’t work out.

Although Dest’s time in Spain has just begun, Messi’s future at Barca appears more uncertain. The 33-year-old sent a letter in the summer indicating that he would like to leave the Catalan club.

Messi, whose contract expires at the end of this season, then gave an interview to Spanish newspaper Sport in September saying that he’d “only wanted to make Barcelona better and stronger” after failing to leave the club.

But if there is a chance that the club’s record goalscorer might extend his stay at the club, Dest confesses he’d be “very happy with that.”

“It’s just an honor to play with him. I’ve always wanted to play with him for as long as possible. He’s just unbelievable. If he’s staying, I’m very happy with that,” added Dest.

One player who has already left Barcelona is Neymar, who moved to Paris Saint-Germain in 2017 for a world record fee.

But since then, Neymar has indicated he’d like to link up with Messi once more.

In fact, after PSG’s 3-1 victory against Manchester United in the Champions League on Wednesday, the Brazilian told ESPN: “What I want most of all is to play with Messi again, to be able to enjoy him once again on the pitch.”

Dest says he would wholeheartedly sign up for playing in the same team as Neymar — if the opportunity presented itself.