Serena Williams powers through in Australian Open as Venus bows out 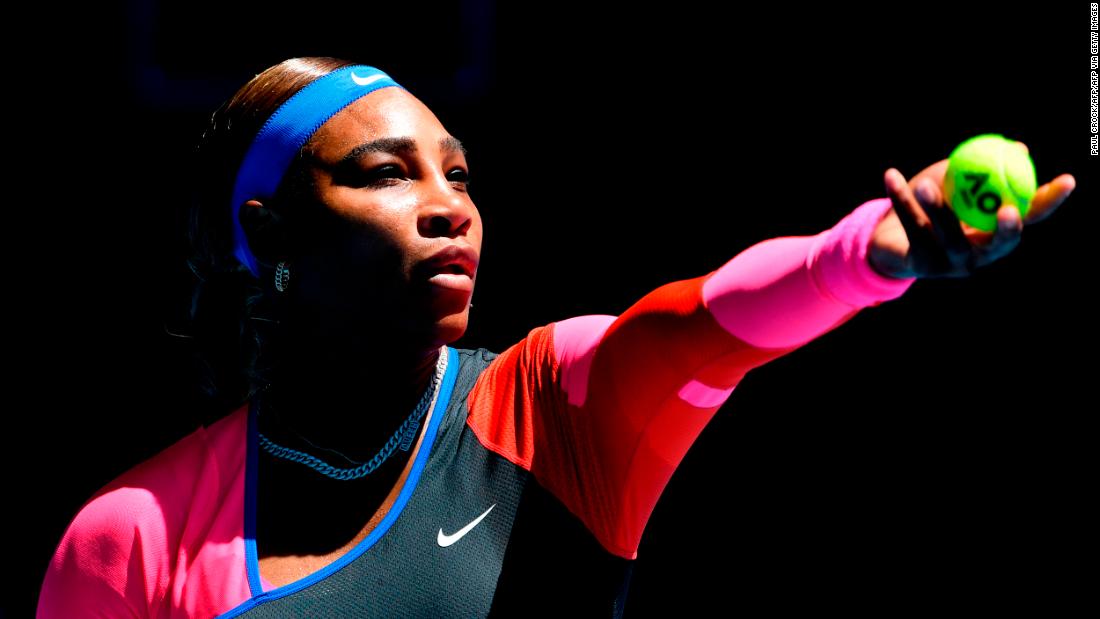 The American produced yet another omnipotent performance to see off the challenge of Nina Stojanovic, 24, on Wednesday, winning in straight sets 6-3 6-0 as Williams continues her hunt for a record-equaling 24th grand slam.

Williams’ first-round match lasted less than an hour on Monday, but Stojanovic offered more resistance, especially in the opening set where the American was asked to dig deep.

However, Williams drew on her wealth of experience to power through and didn’t drop a game after being 5-3 up in the first set.

“She pushed me very hard and I think she played really well, honestly, throughout the whole match. So I had to really fight for all the games,” said the 39-year-old Williams.

“I wasn’t thinking so much in the second as I was in the first; I kind of just let go and see what happened.”

Venus refuses to give up

Williams, who again wore her striking one-legged leotard inspired by famous US athlete Florence Griffith-Joyne, will face Russia’s Anastasia Potapova in the next round, an opponent she comfortably dispatched in Melbourne last year.

“Gonna go home, get ready and just do the best,” added Serena, who has dropped just five games in this year’s tournament so far.

“We’re all out here to have fun and I’m happy to be out here, and just to be playing in front of crowd again is really cool. So every day is just fun.”

Wednesday wasn’t such a good day for Serena’s sister Venus, who bowed out of the Australian Open in gritty fashion.

The 40-year-old needed medical attention after injuring her ankle in the opening set against Italy’s Sara Errani, but the veteran refused to throw in the towel.

Many might have retired, but the seven-time grand slam champion battled on despite clearly struggling to run, eventually losing the match 6-1 6-0.

READ: Six years after his grandmother passed away, Kyrgios grapples with demons

Errani now faces Taiwan’s Hsieh Su-wei in the next round, following her shock victory against Bianca Andreescu.

Hsieh is the world’s top-ranked doubles player but has a history of causing upsets on the singles tour.

After defeating the 2019 US Open Champion, the 35-year-old offered up some friendly advice for the on-court interviewer who mentioned her age.

“Just little reminder [for] you. In Asia we normally don’t say the girl’s age in the public,” she said, smiling.

“While we had sun on the court, it was very, very warm. A lot of long rallies,” Djokovic said. “I want to give a hand to Frances for a great fight. It was a fantastic match.”