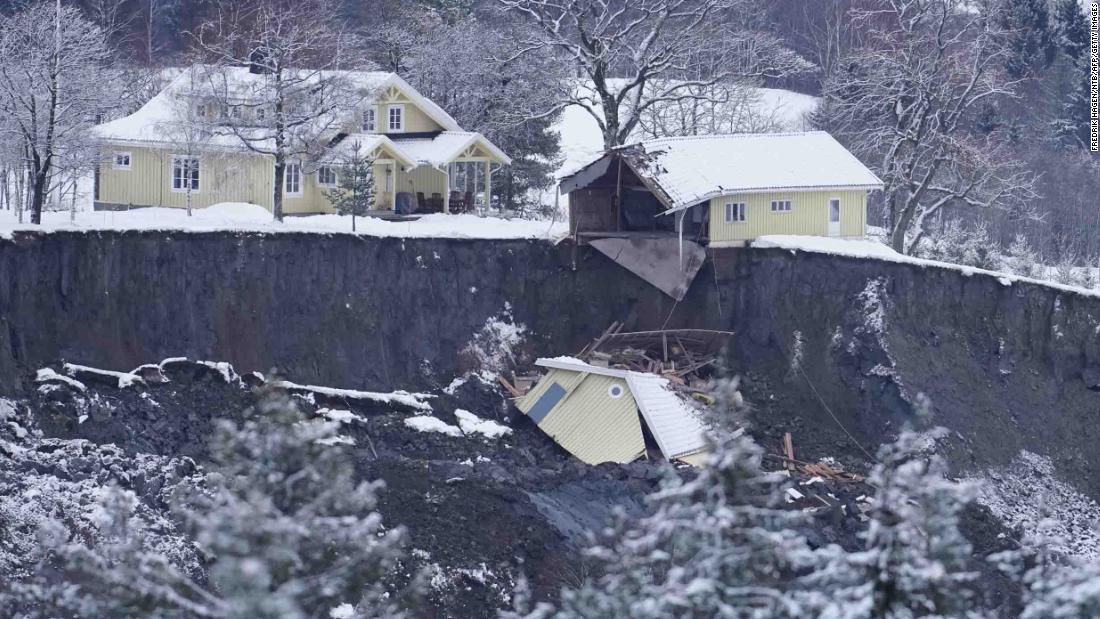 “We are still in a rescue operation, which means that we can still find survivors,” Roger Pettersen, Police Operations Manager, told a press conference Monday.

The cold weather is working against rescue efforts, Andre Thiller, health operations manager, said during the conference. Nevertheless, he said, survivors may still be alive hidden in “cavities in the landslide,” which is why authorities are making “absolutely sure that all relevant cavities have been scanned before we end the effort.”

The landslide is the worst the country has seen in recent years, in terms of “the number of houses involved and the number of evacuees,” the Norwegian Water Resources and Energy Directorate (NVE) said in a statement.

It took place during the early hours of December 30, when mud hurtled into Ask, located in the Gjerdrum municipality. Footage from the scene showed a collapsed hillside and buildings hanging off the edge of the crater.

Other houses had collapsed into the crater, forcing police to evacuate hundreds of people who lived in the area.

“It hurts to see how the forces of nature have ravaged Gjerdrum,” the country’s Prime Minsiter Erna Solberg said on social media. “My thoughts go to all those affected by the landslide,” he added.

The King and Queen of Norway visited the site of the landslide on Sunday.

“The terrible incident makes a deep impression on all of us,” King Harald V said during his annual New Year’s address. “I sympathize with you who are entering the new year with sorrow and uncertainty. With you who have lost your homes and who right now are desperate and do not see a way forward.”