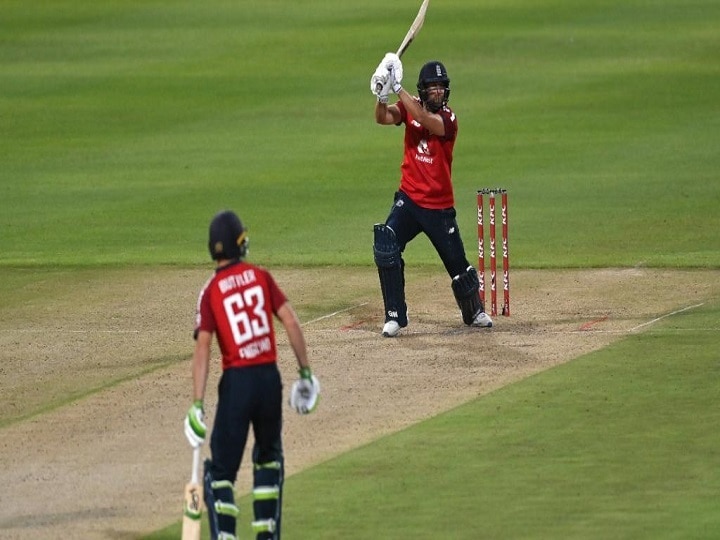 England clean swept South Africa 3-0 in the 3-Match T20 international series after Morgan-led team chased down a herculean 192-run target against the Proteas in the third and final game played at Newlands in Cape Town on Wednesday.

Dawid Malan and Jos Buttler stitched together a record partnership to help England’s mammoth chase look pretty ease as their unbeaten 167-run partnership ensured the visitors reached the 192-run target in the 18th over.

Malan ended up one short of a blistering ton, smashing 99 not out off just 49 balls, laced with 5 sixes and 11 boundaries while Buttler chipped in the win with a 43-ball 65 run fiery knock that saw him tonk 5 sixes and 3 fours to lead the chase for England.

The duo registered a the highest second-wicket partnership in T20 internationals with their unbroken 167-run partnership with Malan ending up with the highest individual score by an English player against the Proteas.

“Great fun, a great run-chase on a used wicket that played better today. Mal’s consistency is phenomenal, the simplicity he bats with, very strong basics, and a lot of confidence and freedom. Some days you don’t feel you are hitting well and get one away, but a couple of boundaries early set up a brilliant innings,” Jos Buttler said after the match.

England had already taken a 2-0 unassailable lead in the series after winning the first two T20Is at Paarl and Cape Town.

Malan led the batting efforts for a second straight time after his 55 in the previous game which they won by 4 wickets at Paarl. They had won the series-opener by 5 wickets in Cape Town.

🏆 Player of the Match

🏆 Player of the Series

Batting first, South African notched up a tectonic 191-run total as Rassie van der Dussen 74-32 balls) with 5 fours and as many sixes and Faf du Plessis (52 off 37 balls) with 5 fours and 3 sixes spearheaded a power packed batting performance. However, their performances ended in a losing cause as England recorded the highest successful run chase at Newlands to register their third 3-0 series-sweep in T20 internationals.