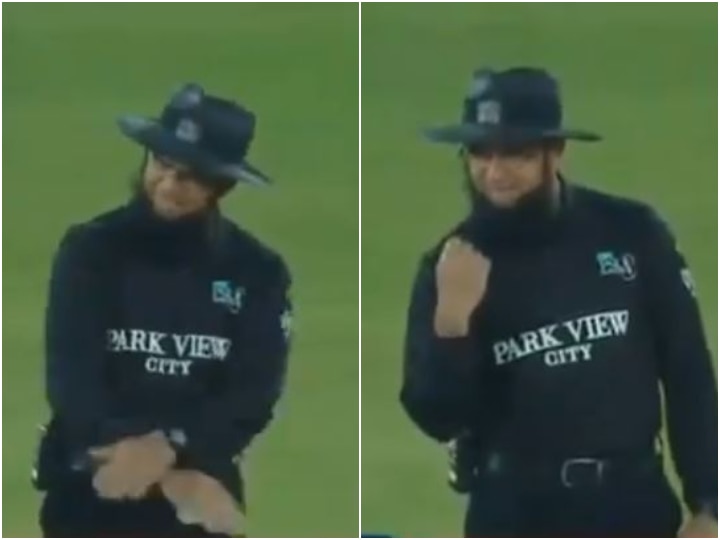 During the Islamabad United vs Karachi Kings match in Pakistan Super League (PSL), a funny video of umpire Aleem Dar  is doing rounds on social media.

The incident took place on the final ball of the match, when the Karachi Kings decided to go for a review against the on-field umpire Aleem Dar’s LBW decision. Aleem Dar had given Asif Ali not out in response to an LBW appeal by Kings.

However, Karachi players felt that the ball had hit Asif directly on his pads, without any contact with the bat and they decided to take a review.

In replays, it was revealed that Aleem Dar had given the right verdict.

As soon as replays on the big screen showed Dar’s on-field decision was right, the joy of his face was worth seeing as he was seen celebrating at his spot. The video of Aleem Dar’s mini celebration has gone viral on social media.

In the match, defending champions Karachi Kings had to face their first defeat in PSL 2021.

Islamabad United won the game by five wickets with 5 balls to spare, chasing down the record target of 196 runs.