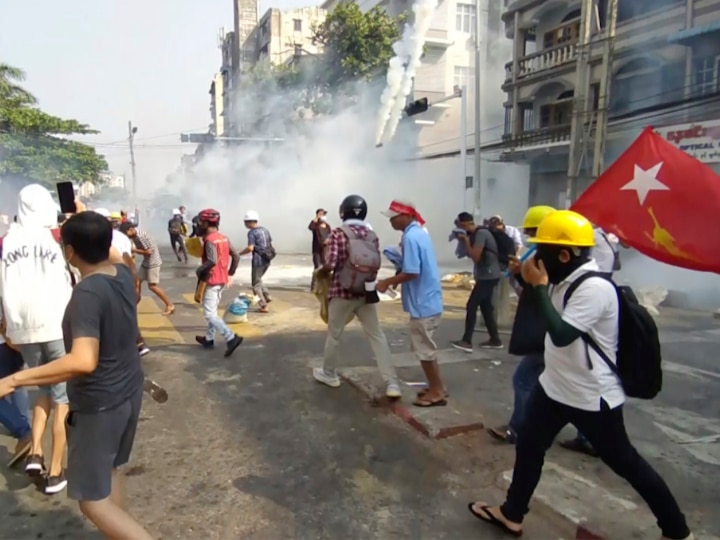 As protest against the coup that ousted elected leader Aung San Suu Kyi intensifies, the civic situation continues to deteriorate in Myanmar. According to the media reports, Myanmar police fired on protesters around the country on Sunday leading to the death of at least 18 people.

In a statement referring to several cities in Myanmar, the U.N. Human Rights office reportedly said, “Ammunition was thrown among the crowd in Yangon, Dawi, Mandalay, Mayike, Bago and Pokokku which led to the deaths. Tear gas was used in various places along with flash bangs and stun grenades.”

“Police and military forces have confronted peaceful demonstrations, using lethal force and less-than-lethal force that — according to credible information received by the UN Human Rights Office — has left at least 18 people dead and over 30 wounded,” the statement read.

We condemn the escalating violence against the protests in Myanmar and call for an immediate halt to the use of military against peaceful protesters, U.N. Human Rights Office spokesperson Ravina Shamdasani said.

Myanmar has been in chaos since Aung San Suu Kyi and Myanmar President Win Myint were detained along with other leaders of the National League of Democracy (NLD) party earlier this month after which, Vice President U Myint Swe declared one year of the state of emergency. Army chief Min Aung Hlaing seized power alleging fraud in a November 8 elections.

The Myanmar Army even expanded internet crackdown by ordering to suspend social media platforms including Facebook, Twitter and Instagram in the name of public interest and state stability.

The incident has gained world-wide momentum with many world leaders expressing their condemnation towards the news of the coup in Myanmar.