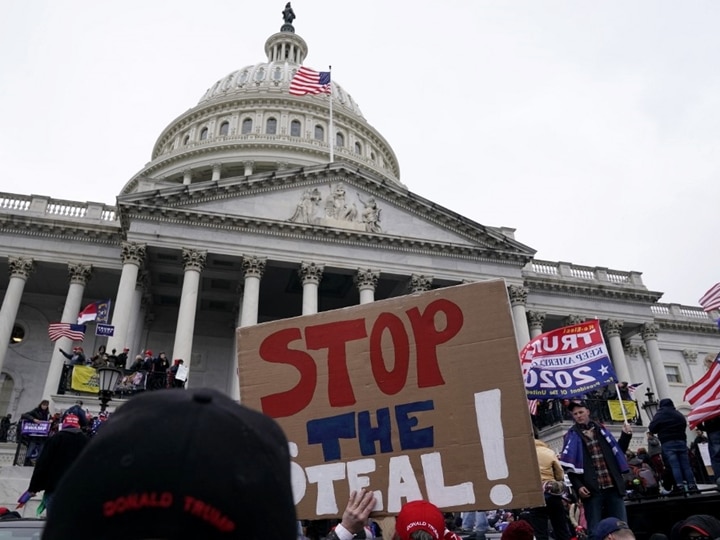 A mob of Pro-Trump supporters entered the Capitol building and engaged with riot police while Congress was holding a joint session to count the Electoral College votes that will clear the path to President-elect Joe Biden’s inauguration later this month.

Chants of “We Want Trump” were reportedly heard as hordes of people were witnessed entering the building. This development comes after Trump addressed thousands of supporters in Washington DC and said “we will never concede”.

At least one person was shot in this shocking tussle, according to The Associated Press and NBC News. The Senate recessed its Electoral College debate after the protesters forced a lockdown and Vice President Mike Pence was evacuated from the building.

Police officers in fact drew their guns inside the House chamber and visuals of the same have surfaced.

Meanwhile, the outgoing US president Donald Trump has tweeted a message to those who stormed the Capitol, saying: “No violence!”

I am asking for everyone at the U.S. Capitol to remain peaceful. No violence! Remember, WE are the Party of Law & Order – respect the Law and our great men and women in Blue. Thank you!

The US vice-president Mike Pence has appealed to the Trump supporters to leave the Capitol building and stop the violence. “This attack on our Capitol will not be tolerated and those involved will be prosecuted to the fullest extent of the law,” Mike Pence tweeted.

Peaceful protest is the right of every American but this attack on our Capitol will not be tolerated and those involved will be prosecuted to the fullest extent of the law.

The entire DC National Guard has been activated by the Department of Defense following the incident while as per CNN, the US Senate floor has been cleared of rioters. An officer informed that they successfully squeezed the rioters away from the Senate wing of the building and towards the Rotunda, and they are removing them out the East and West doors of the Capitol.

Multiple officers have been injured with at least one transported to the hospital, CNN reported quoting ‘multiple sources’.