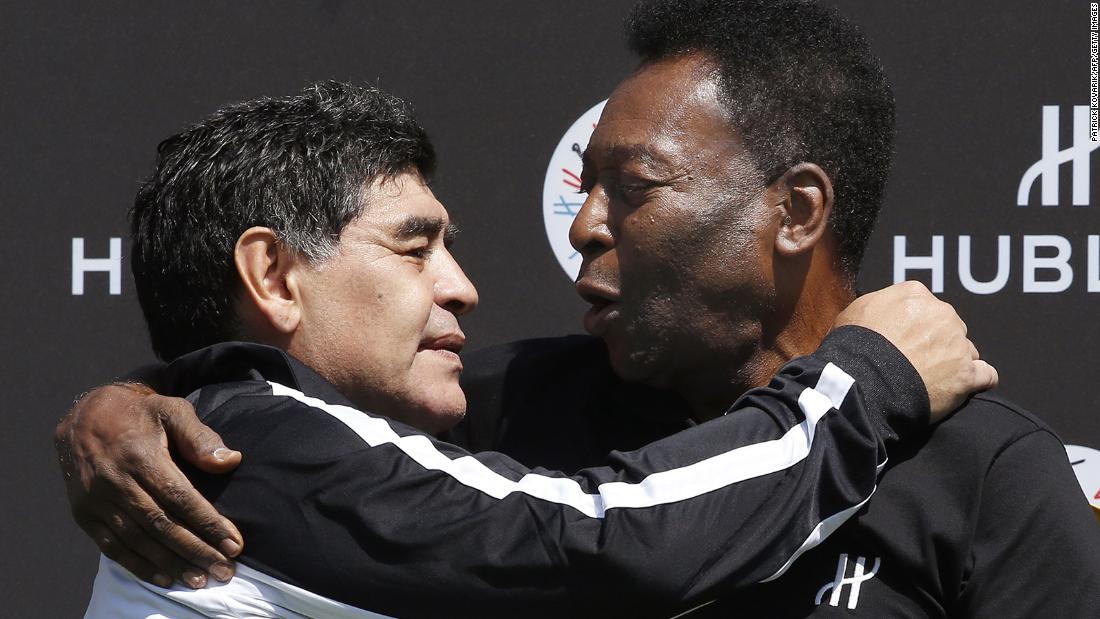 Both men are considered two of the best players in history and shared a good relationship in the years after their retirement.

“Many people loved to compare us all their lives. You were a genius that enchanted the world. A magician with the ball at his feet. A true legend,” Pele wrote in a message on social media Wednesday.

“But above all that, for me, you will always be a great friend, with an even bigger heart.”

Pele’s post on Facebook was accompanied by four pictures of the Brazilian soccer great together with Maradona. The first photo was of Pele strumming on a guitar, with a youthful and smiling Maradona watching on. The post has attracted thousands of shares and comments.

Maradona led Argentina to World Cup glory in 1986, whilst Pele burst onto the scene as a teenager, helping lead Brazil to tournament success in 1958.

Pele, who was one of the first high-profile names to pay his respects to Maradona last week, also starred in two other World Cup winning teams — in 1962 and 1970.

In 2000, Pele and Maradona were named co-Players of the Century by FIFA, the international soccer governing body, but the Brazilian insists comparing the two icons is not important.

“Today, I know that the world would be much better if we could compare each other less and start admiring each other more,” he added.

“So, I want to say that you are incomparable. Your trajectory was marked by honesty. And in your unique and particular way, you taught us that we have to love and say “I love you” a lot more often.

“Your quick departure didn’t let me say it to you, so I will just write: I love you, Diego. My great friend, thank you very much for our entire journey.

“One day, in heaven, we will play together on the same team. And it will be the first time that I raise my fist in the air in triumph on the pitch without celebrating a goal. It will be because I can finally embrace you again.”

READ: The tormented genius who became one of football’s greatest players
Maradona died at the age of 60 in a house in the town of Tigre, Argentina on November 25.

The cause of death was an “acute secondary lung edema due to exacerbated chronic heart failure,” a source from the Argentinian Justice Ministry present at the time of the autopsy told CNNE.

An investigation into possible manslaughter is underway with Argentine authorities raiding the houses and offices of Maradona’s doctor and psychiatrist.

Not a single person has been officially charged in the case, although many are being investigated.