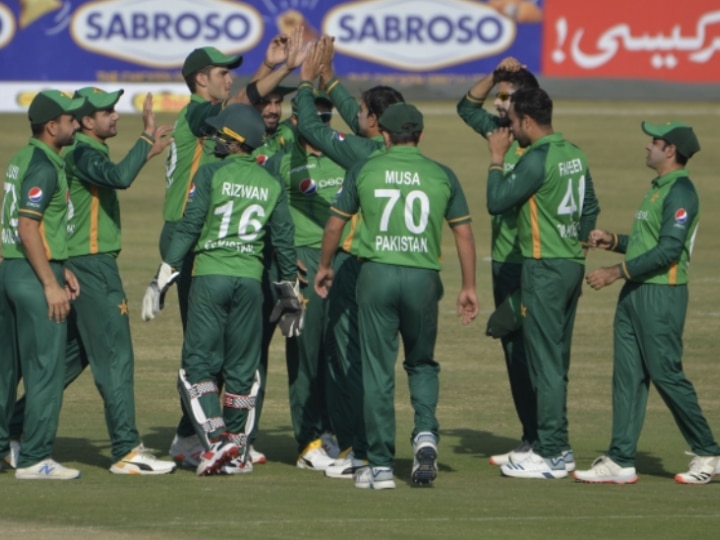 Pakistan cricket team has tested negative for the dreaded Coronavirus in the fifth round of testing and will now finally exit Quarantine on Tuesday provided New Zealand’s Ministry of Health gives them the green signal. New Zealand Cricket gave this information on Monday. Pakistan Cricket team was not allowed to practice and were put in a managed isolation at Christchurch after eight members of their team were tested positive for Coronavirus.

ALSO READ | Ind vs Aus: Ravindra Jadeja Likely To Be Ruled Out Of 1st Test In Adelaide Starting December 17

New Zealand Cricket said in a statement that Pakistan’s fifth and last Corona Test took place on the 12th day in which the whole squad has tested negative. Reportedly, with the approval of the Ministry of Health, the team will leave quarantine tomorrow and travel to Queenstown where they will practice for intra-squad warm-up games before the T20 and Test series.

According to a report in cricketpakistan.com.pk, Pakistan cricket team were hoping for better hospitality but is suffering from lack of five-star hotel facilities since their arrival in New Zealand.

According to the report, “Players, who are generally looked after really well on foreign tours, are confined in their rooms for the past 11 days. The bed sheets, in their rooms, have not been changed, which is done on a daily basis in normal circumstances. The rooms and attached washrooms have not been cleaned, either. The squad members leave used towels outside their rooms, in bags, which is replaced with new ones by the hotel staff. Players are also served food in disposable boxes instead of plates, after the positive coronavirus cases.”

The Pakistan Cricket Board (PCB) is also aware of the players’ reservations and has also shared with New Zealand Cricket but the later is bound by government rules and regulations and cannot do much about it.

Pakistan is scheduled to play three-match T20 matches starting in Auckland from 18 December. The two-Test series will begin on December 26. New Zealand Cricket said that members of the Pakistani team who were found positive on the sixth day will remain in managed isolation until departing – negative tests permitting.

NZ vs PAK: Misbah-ul-Haq expresses concerns over the ‘mental and physical’ health of Pakistani players

In an official PCB release, the Pakistan Head Coach Misbah-ul-Haq also lauded his players for making sacrifices for the resumption of international cricket during the pandemic. He said:

“I want to compliment my players and the management team for their patience, sacrifices and the hardships they have endured to ensure they not only lead the safe resumption of international cricket during the Covid-19 pandemic since the series in England, but also try to give their best every time they step on the field.”

“While we completely respect and understand the New Zealand Government Laws which have been put in place for the health and safety of their public, there is no denying the fact that the implementation of certain regulations has affected our athletes, both mentally and physically prior to an international series.”