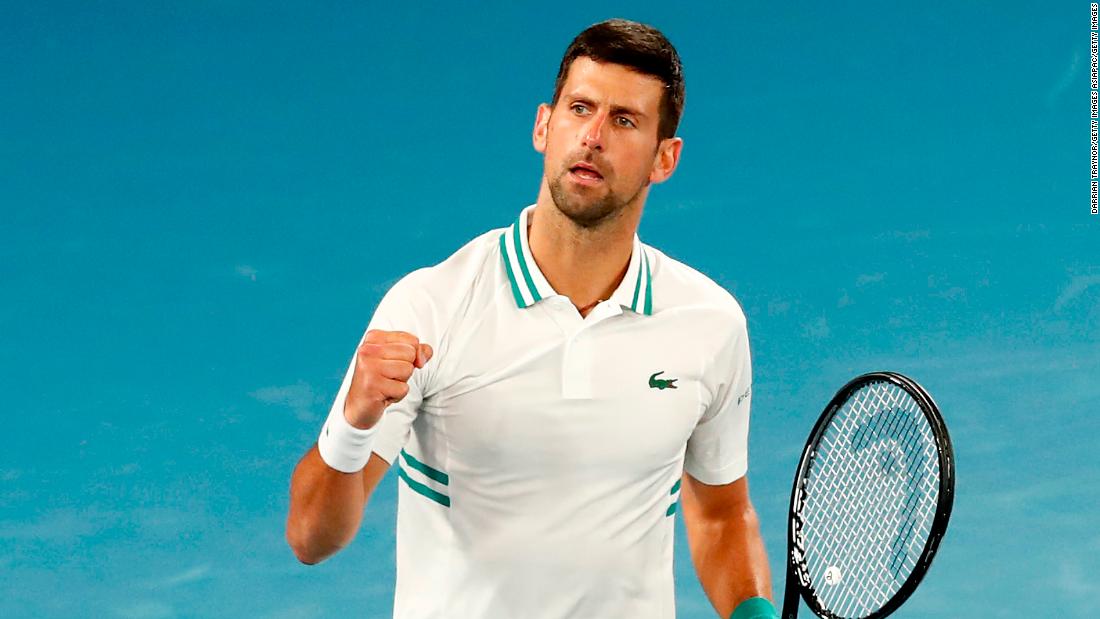 The Serb dispelled any fears that he might still be suffering with the abdominal injury that bothered him during his win over Taylor Fritz, dispatching the big-hitting Raonic 7-6, 4-6, 6-1, 6-4 in just under three hours.

“Mentally I think you have to accept that I did come into the match knowing that I’ll probably feel pain all the way through, which was the case,” Djokovic told reporters after the win. “But the level of the pain was bearable, so I could actually play and it was kind of going on and off a little bit during the match.

“But I somehow managed to find a way and win and that’s what matters the most. Now I’ve got another 40 hours or something like that until the next match, which is great about grand slams.

“The medical team told me that it is a gamble while I’m on the court. It could cause much more damage, but it could go in a good direction. I won’t know until I stop taking pain killers, they kind of hide what is really happening. I will take the time off afterwards.”

READ: Australian Open to go without fans as ‘new kind of enemy’ forces Victoria to lock down

Roger Federer is the only man to previously reach the 300 win mark at grand slams, sitting way out in front on 362. Rafael Nadal is third on 285.

It is the 12th time in the last 14 years that Djokovic has reached the Australian Open quarterfinals and up next for the eight-time champion is Germany’s Alex Zverev.

Third seed Dominic Thiem was a surprise loser on Friday, going down with a whimper in straight sets to Grigor Dimitrov. The Austrian, who won his first grand slam title at last year’s US Open, had fought back from two sets down against home favorite Nick Kyrgios on Friday, but it appeared as though that five-set epic had drained him physically and mentally.

Dimitrov will play Russia’s Aslan Karatsev, a surprise quarterfinalist, for a place in the last four.