Not Bound By Treaty On Prohibition Of Nuclear Weapons: Pakistan 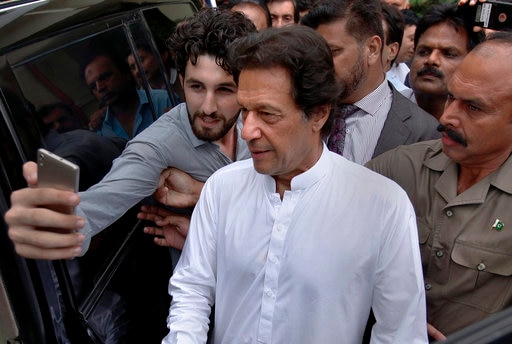 Pakistan on Friday refused to consider itself bound by the treaty on the prohibition of nuclear weapons. The Foreign Office in a statement on Friday said that agreement does not constitute a part of conventional international law. ALSO READ | Khalistani Elements Incited Republic Day Violence? Several Related Twitter Accounts On Radar Of Delhi Police

The nuclear weapons ban treaty entered into force last Friday on January 22, culminating a decades-long campaign aimed at preventing a repetition of the US atomic bombings of Hiroshima and Nagasaki during World War II.

Though several nations hailed the movement, world’s nuclear-armed countries including the US, China, Russia, the UK and India opposed the step. Japan also didn’t support the treaty.

As quoted by news agency PTI, Pakistan’s Foreign Office in a statement said, “the treaty, which was adopted in July 2017, was negotiated outside the established UN disarmament negotiating forums.”

Accordingly, Pakistan does not consider itself bound by any of the obligations enshrined in this treaty.

The Pak FO further noted that this treaty neither forms a part of, nor contributes to the development of customary international law in any manner.

“Pakistan believes that this cardinal objective can only be achieved as a cooperative and universally agreed undertaking, through a consensus-based process involving all the relevant stakeholders, which results in equal and undiminished security for all states,” the statement emphasised.

It may be recalled that 50 countries by late October  ratified the treaty allowing it to take effect  earlier this month.