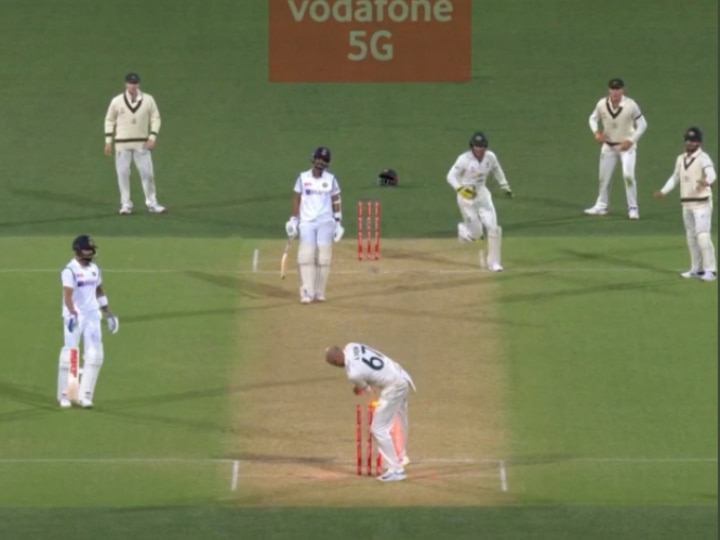 On the first day of the Adelaide Test being played between India and Australia, India cricket team captain Virat Kohli scored a brilliant half-century. But his innings had a very disappointing end. After a mix-up, Kohli was run out by his partner and vice-captain Ajinkya Rahane.

ALSO READ | India Vs Australia: ‘Absolutely Clear In My Mind’, Says Virat Kohli On Decision To Return For Birth Of First Child

Virat Kohli played a remarkable innings of 74 from 180 deliveries with eight fours to his name against Australia. The flamboyant batsman was batting brilliantly and had scored his 23rd Test half-century off 123 balls but in the 78th over of the match, Rahane made a big lapse, due to which team India had to suffer.

Nathan Lyon was introduced into the bowling attack by Aussie skipper Tim Paine in the 77th over of the match. On the last ball, Rahane pushed the ball towards mid-off and called Virat Kohli for a quick run. Virat Kohli expressed confidence in Rahane and he ran fast. But suddenly Rahane stopped Virat and the Indian captain got stranded on the middle pitch.

As a result, Team India lost the big wicket of Virat Kohli. Kohli’s wicket was also a big shock for Team India because he had played 180 balls and looked absolutely well-set at the crease.

Rahane also looked disappointed after Kohli’s run out and also appeared to apologize to Kohli. At the same time, Kohli looked very disappointed as has been run out only once before today in his Test career. The skipper threw his gloves in anger after leaving the field.

Within seven overs after Virat’s dismissal, India lost two wickets for scoring just 19 runs. Australia took the second new ball during the game that helped fast bowler Stark get 5th wicket for the Aussies as Rahane, who got LBW out was dismissed after scoring 42 runs.


Virat Kohli is run out after a mix up with Ajinkya Rahane! @hcltech | #AUSvIND pic.twitter.com/YdQdMrMtPh

Today, Virat Kohli was run out for the second time in his Test career. Earlier, Kohli was run out in Adelaide in 2012, 8 years ago. The interesting thing is that Ajinkya Rahane himself has never been run out in Test cricket and during 202 innings in 63 Test matches, he was not involved in not running out any player. But two of Rahane’s batting partners — Rishabh Pant and Virat Kohli — have been run out in the last three Tests.

Kohli waiting for Rahane after the latter gets out. #AUSvIND pic.twitter.com/x5i4sTxhhC