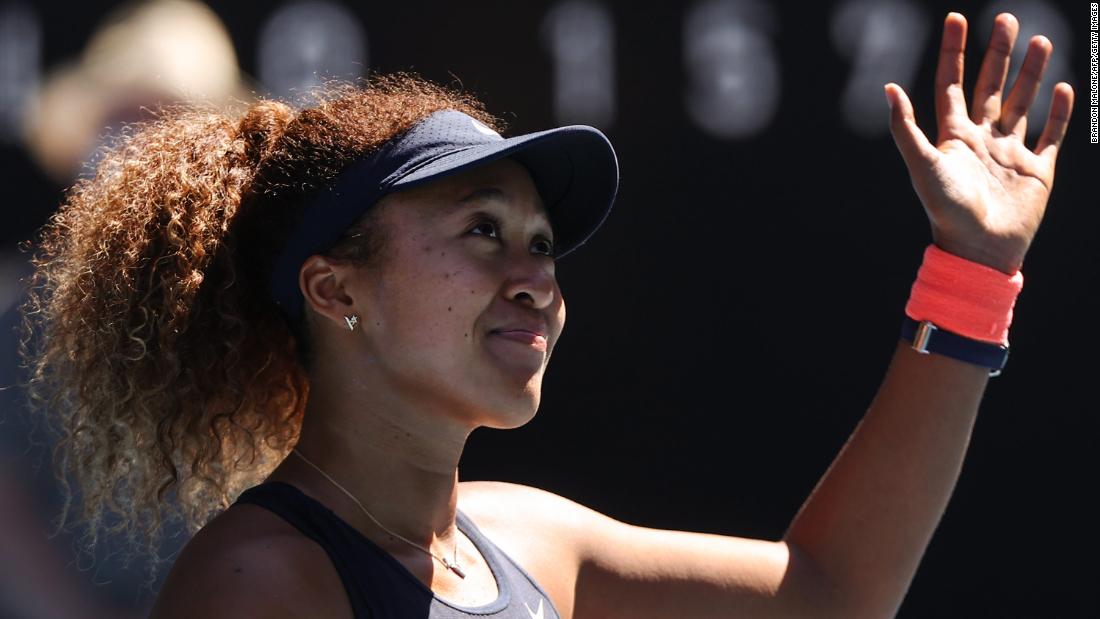 The highly anticipated women’s singles semifinal at Rod Laver Arena had a noticeable buzz from crowds returning to the stands for the first time after a five-day lockdown, the result of a small coronavirus outbreak in Melbourne which led the state government to impose snap Covid-19 containment measures.

Osaka won the match 6-3, 6-4 to advance to the Australian Open final for the second time. She has now won 20 consecutive matches, last losing in February last year.

“I don’t know if there’s any little kids out here today, but I was a little kid watching her play,” Osaka said of Williams on court after the win. “Just to be on the court playing against her for me is a dream.”

Williams, 39, embraced Osaka after the match. She then waved to the crowd as she departed, putting a hand over her heart.

Williams was asked in a post-match news conference if the gesture meant farewell.

“I don’t know. If I ever say farewell, I wouldn’t tell anyone, so,” she said.

Visibly emotional, Williams left the news conference after the next question.

After the news conference, Williams posted the following on Instagram: “Melbourne and my Australian fans- Today was not ideal outcome or performance but it happens… I am so honored to be able to play in front of you all. Your support -your cheers, I only wish I could have done better for you today. I am forever in debt and grateful to each and everyone single one of you. I love you. I love you. I love you. I adore you.”
Williams’ last major title was at the 2017 Australian Open, when she was eight weeks pregnant. This is her first loss in an Australian Open semifinal, having previously gone 8-0 at that stage in the tournament.
Osaka, the reigning US Open champion and winner of the 2019 Australian Open, is undefeated in grand slam semifinals and finals. All of her career titles — including her three majors — have come on hard courts. She now has a 3-1 career record against Williams, including when she defeated Williams in the infamous 2018 US Open final.

Osaka is the heavy favorite in the final on Saturday, regardless of her opponent. She awaits the winner of the second semifinal between No. 22 seed Jennifer Brady of the United States and No. 25 seed Karolina Muchova of the Czech Republic.

Neither Brady, 25, nor the 24-year-old Muchova have reached a major final before.