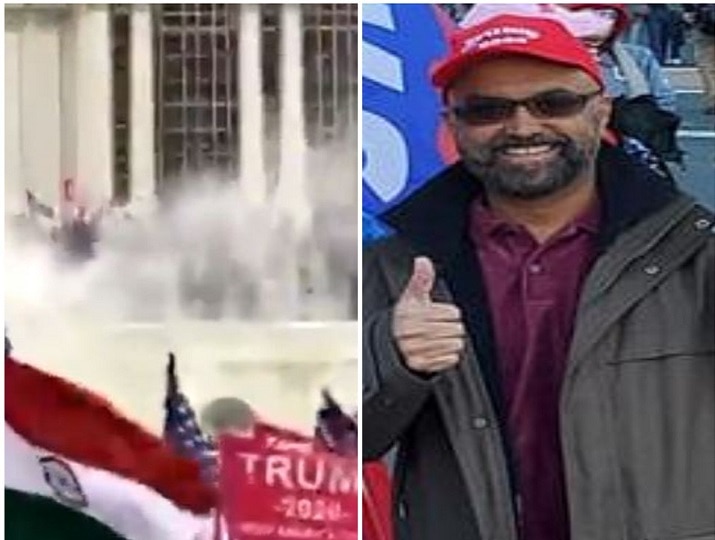 As the US Capitol building witnessed an unprecedented attack on Wednesday, a video has been making rounds on social media in which a man is seen waving the Indian tricolour, outside the Capitol, amidst several American flags. It created commotion as plenty on the internet posed question about the timing and ‘misplaced priorities’ of the person waving Indian flag.

Now the identity of the mystery Indian flag bearer has come to light. The man waving the tricolour has been identified as Vincent Xavier aka Vinson Palathingal, a Kerala-native. Vincent currently resides in Virginia and was named by President Trump to be a member of the President’s executive council.

Who is Vincent Xavier Palathingal?

Vincent was born and brought up in Ernakulam district of Kerala. Upon completion of his early studies in Thevara and graduation, he started working as Project Engineer at the Kerala Industrial and Technical Consultancy Organization in Kochi. He then moved to Saudi Arabia as a Site Engineer at Ali-Al Sehebani Associates.

Palathingal, went to the US after he got admitted in the Master’s in Civil Engineering at the University of Reno.

In his career of engineering, he has worked with the Maryland State Highway Administration, Metro Washington Council of Governments, and FannieMae.

Palathingal is currently the Vice-President of the Federation of Malayali Association of Americas (FOMAA), the largest Malayali-member organization in the United States.

In 2015, Vinson also started a political think tank known as the Indo-American Center.

What Was He Doing At The Capitol Building?

Palathingal, who is one of the pro-trump supporters, came into limelight when he waived the tricolor, informed that he was not part of the violence that followed when the mob breached the Capitol Hill but instead he was protesting peacefully against “election fraud” that President Trump has been pushing since his defeat in November.

Stating that as it would be illegal to barge in the building, he was protesting outside.

On being part of the protests, despite being an ethnic minority, Palathingal says that they were there as “American patriots”.

“American patriots – Vietnamese, Indian, Korean and Iranian origins, and from so many other nations and races – who believe massive voter fraud has happened joined the rally yesterday in solidarity with Trump. Peaceful protesters who were exercising our rights,” he wrote on Twitter.