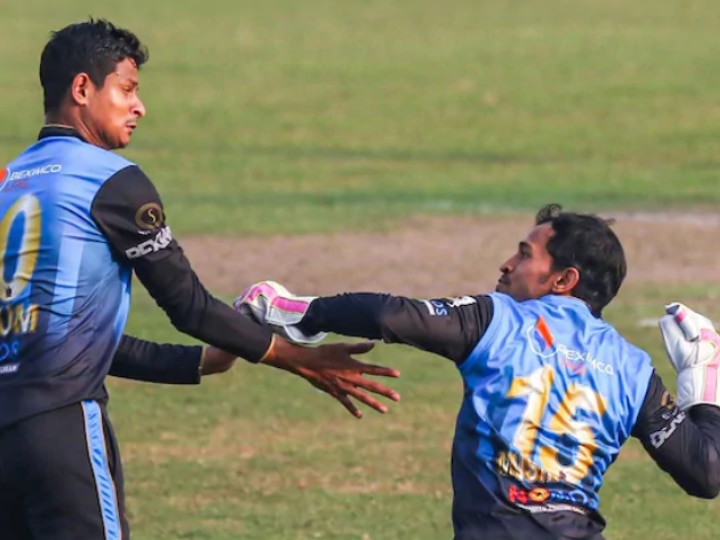 A day after apologizing to Nasum Ahmed for his bad behavior, a new video of Bangladesh cricketer Mushfiqur Rahim has gone viral. Looking at this recent video, it has now become absolutely clear that Rahim’s disgraceful behavior towards his fellow player Nasum Ahmed was not a one-time thing.

Looking at this new video, it seems that Muhfiqur Rahim was involved in an angry confrontation, not only once but twice with Nasum Ahmed in the same match, during the Bangabandhu Twenty20 Cup game between his Beximco Dhaka side and Fortune Barishal. First in the 13th over and later in the 17th over.

Hours after sharing a post on Facebook, apologising for his disgraceful actions against Nasum Ahmed, a new video of 33-year-old Mushfiqur Rahim has now surfaced online.

This unfortunate incident happened when Ahmed was completing the 13th over. Batsman Afif Hussain, who scored a remarkable fifty in this match, tried to take two quick runs, Nasum Ahmed tried to run him out. During this, both Nasum and Rahim were running towards the ball but the latter grabbed the ball first and stopped Hussain from converting single to double runs. After the incident, there was a heated exchange between the two.

Not only once, Mushfiqur did it twice 🤣🤣🤣 pic.twitter.com/zpSriYRYhY

Later in the game, Mushfiqur lost his cool again and threatened to hit Nasum again in the 17th over.

Calm down, Rahim. Literally. What a chotu 🐯🔥

“I have already apologized after the game to my fellow teammate Nasum. Secondly, I seek forgiveness from Almighty. I always remember I am a human being above all and the gesture that I have shown was not acceptable at all,” Mushfiqur had said on Instagram after his on-field spat.