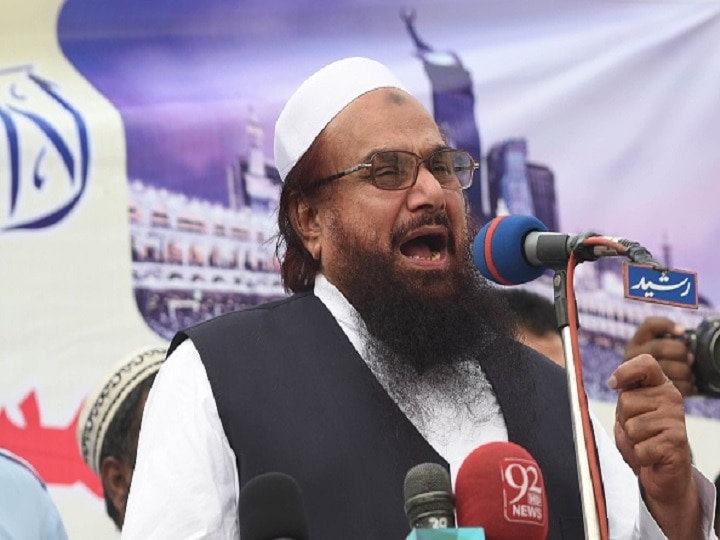 New Delhi: The Anti-Terror Court (ATC) of Lahore, Pakistan, on Friday sentenced Mumbai attacks mastermind and banned Jamat-ud-Dawa (JuD) chief Hafiz Saeed to 15 and a half years in jail in one of the several terror financings cases against him. The court also imposed a fine of 2 lakh Pakistani rupees.

Saeed was arrested in July 2019, for his involvement in terror several financing cases. He has also been identified as a terrorist by the United Nations and a bounty of $ 10 million has been placed on his head by the United States of America.

The mastermind of the Mumbai attacks of 2008, was also sentenced to 11 years in jail for involvement in two terror financing cases by the ATC in February 2020.

In November, Saeed was sentenced to another 10 years in jail by an anti-terrorism court in two more terror financing cases. The punishments are to be served subsequently, that is one after the other, compounding Saeed’s jail time to 36 and a half years.

“On Thursday an Anti-Terrorism Court (ATC) of Lahore sentenced five leaders of Jamat-ud-Dawa (JuD), including its chief Hafiz Saeed, in another terror financing case…for 15 and a half years,” a Pakistan court official told news agency PTI.

According to reports, the UN-identified terrorist will serve his time at the Kot Lakhpat Jail in Lahore, where he will be given “VIP protocol” in jail.

Apart from Saeed, four other leaders of JuD were also convicted on Thursday, including spokesperson Yahya Mujahid and Muhammad Ashraf. A fine of 2 lakh Pakistani rupees was also imposed on each.

As many as 41 cases have been registered by the Counter-Terrorism Department (CTD) against JuD leaders, out of which 28 have been decided while the rest are pending in the ATC courts. Five cases against Saeed have been decided so far.

JuD which is led by Hafiz Saeed is the front organization for the Lashkar-e-Toiba (LeT) which was responsible for carrying out the 2008 Mumbai attack that killed 166 people.