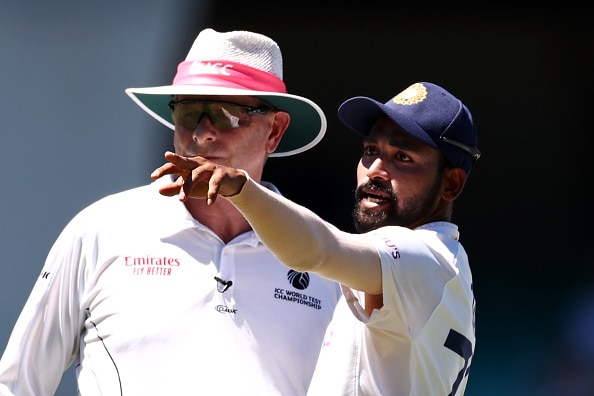 The third Test between India and Australia in Sydney saw racial slurs being thrown at Indian fast bowlers Mohammed Siraj and Jasprit Bumrah. On Thursday, Siraj revealed that the on-field Umpires had given the Indian team an option to stop play mid-way and leave the ground but team India decided against it. Indian team management lodged a complaint with match referee David Boon. The spectators who threw these racial slurs were asked to leave the ground. Cricket Australia offered an unreserved apology for the incident. Siraj was called a “brown monkey” to which he brought the incident in to notice of the on-field Umpires, Paul Reiffel and Paul Wilson.

“I faced abuses in Australia. The case is going on, let’s see whether I get justice or not. My job was to report the incident to the captain,” the fast bowler, who picked 13 wickets in three matches said during a press conference on his arrival.

This is not the first time an incident like this has happened in Australia. “The abuses which I faced in Australia made me mentally stronger. I didn’t let them affect my game,” Siraj said. A total of six spectators were expelled during the game.

While explaining about the details of the incident Siraj revealed that they had an option to stop the game mid-way. “The umpires offered us to leave the game but Rahane (bhai) said we won’t leave the game. We did no mistake, so we will play,” he said. It’s encouraging to see how Siraj did not let this negativity hamper his bowling performance. He picked five wickets in the last innings of the famous Brisbane Test.

Meanwhile, a case has been registered and Cricket Australia has promised to take strict action against the incident.