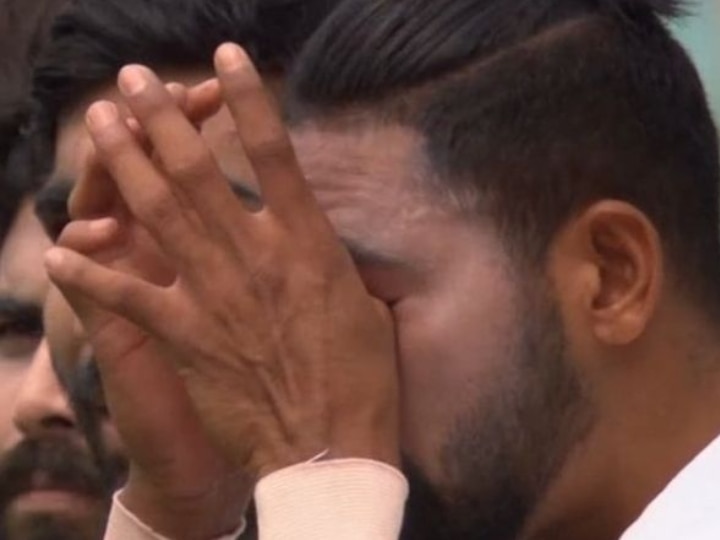 Indian cricket team’s sensational young fast-bowler Mohammad Siraj got emotional while the national anthem was being played on Day 1 of the India vs Australia Sydney Test. Talking about why he got emotional, Siraj said that he had tears in his eyes because he was thinking about his late father. After end of first day’s play of the Sydney Test, Siraj told media that he remembered his late father during the national anthem.

A video of Mohammed Siraj had gone viral before the match. In the video, the youngster had tears in his eyes while the national anthem was being played at the SCG. Siraj’s father Mohammed Gaus died in November last year. But he could not attend his father’s funeral due to being on a tour of Australia. He decided to remain with Team India to fulfil his father’s dream.

“I remembered my dad during the national anthem, it was very emotional. My dad always wanted me to play Test cricket. If he were here today, he would have seen me playing for India,” said Siraj during the virtual press conference.

Mohammed Siraj on why he got so emotional while the National Anthem was being played at the SCG.#TeamIndia #AUSvIND pic.twitter.com/zo0Wc8h14A

Siraj’s 53-year-old father Mohammad Gaus breathed his last in Hyderabad. He was battling lung disease and was undergoing treatment for it. His father, who worked as an auto driver, played a key role in Siraj’s success as despite limited resources, he supported his son’s ambitions.

After the first day’s game, Australia’s score was 166 for loss of two wickets. Steve Smith and Marnus Labuschagne remained unbeaten at end of Day’s play. India had two successes in form of David Warner and Will Pucovski. Pucovski scored a half-century before he was dismissed. It was Mohammad Siraj who got the first breakthrough for India. He caught Warner in the slip. On the first day, about four hours of play, rain played as spoilsports and the game got halted for some time.