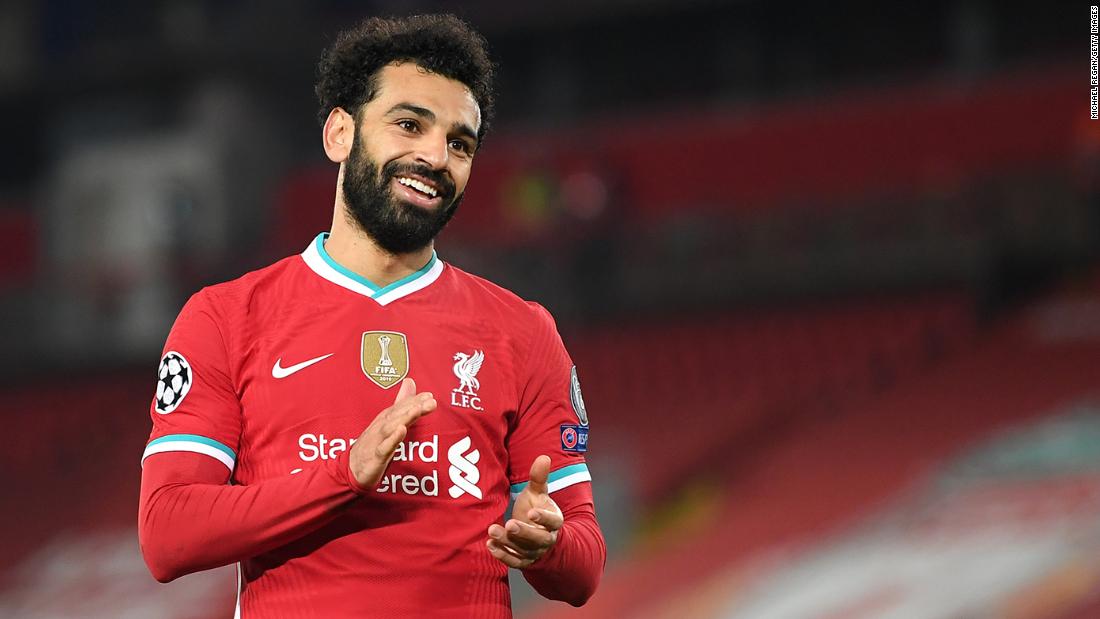 “Since we (have) worked together obviously a lot of things (have) clicked really for all of us.

“He helps the team massively and he knows and appreciates the help of the team as well. If we only had Mo, even the incredible number of goals he got would not have been enough to be as successful as we were, so thank God others scored a lot of goals as well.

“That made this team pretty successful but Mo is a very exceptional player — I think nobody doubted it, but if you need numbers to prove it then he delivers that as well.”

Elsewhere, despite a number of disappointing results in the group stage, Real Madrid qualified for the last 16 with a 2-0 victory over Borussia Monchengladbach.

French striker Karim Benzema’s two headed goals were enough to send the 13-time champion through, meaning the club has now progressed to the knockout stages in all 29 seasons of the tournament, the most of any side in the competition’s history.
Visit CNN.com/sport for more news, features, and videos

Real Madrid started the final round of fixtures third in the group after two shock defeats to Shakhtar Donetsk and a draw in the away leg against Borussia Monchengladbach.

Benzema became only the fifth player to score 50 goals in the group stages of the Champions League. The other players are: Lionel Messi, Cristiano Ronaldo, Raúl and Ruud van Nistelrooy.