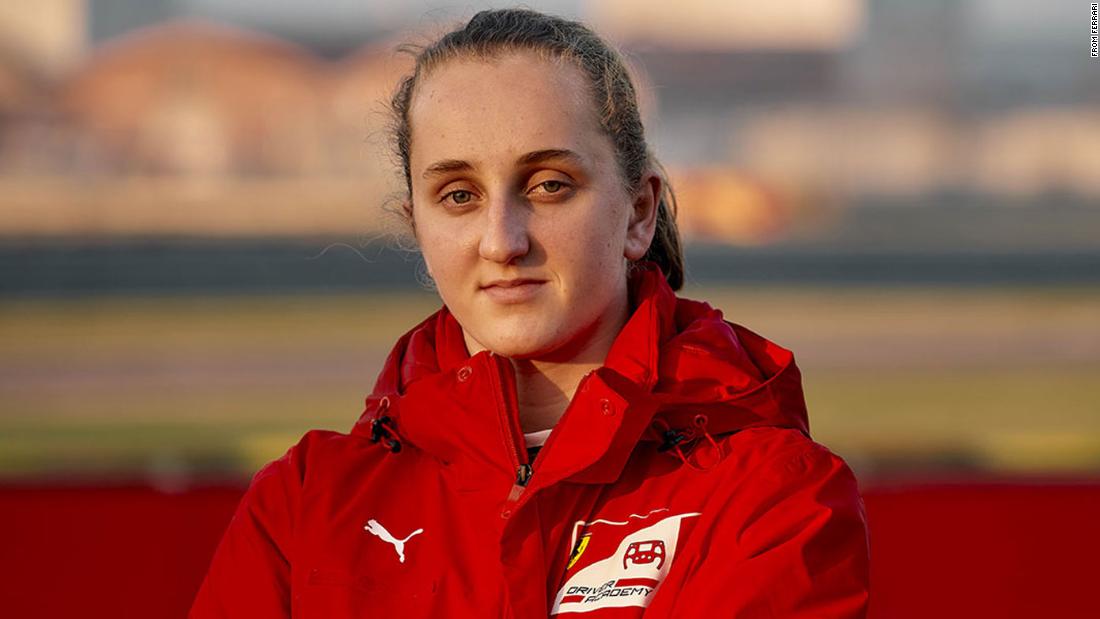 Weug, 16, was selected from the final stage of the Girls on Track – Rising Stars initiative, a program run jointly by Ferrari and motorsport governing body the FIA.

It means Weug, who started karting at the age of seven, earns a place in the Academy which seeks to prepare talented young drivers for a potential career in motorsport.

Four students have so far progressed from the Academy to Formula One, including current Ferrari driver Charles Leclerc.

“I will never forget this day! I am so happy to be the first female driver to join the Ferrari Driver Academy,” said the Netherlands’ Weug, who was born in Spain to a Belgian mother and Dutch father.

“Winning the final stage of the FIA Girls on Track – Rising Stars program makes me realize that I was right to pursue my dream of becoming a racing driver.

“I will give my all to show the people who believed in me that I deserve to wear the Ferrari Driver Academy uniform and I can’t wait to come to Maranello to start preparing for my first season of single-seater racing.”

READ: ‘The car was turning on me’ — Sam Bird on the race of his life

Weug will soon return to Maranello to undergo a training program which includes competing in the F4 Championships later this season.

“This is an important moment in Maya Weug’s career, and I extend my warmest congratulations to all four drivers who reached this final selection,” said FIA President Jean Todt.

“The FIA Girls on Track – Rising Stars program is key to our commitment to supporting gender diversity in our sport.”

Just two women, Maria Teresa de Filippis in 1958 and Lella Lombardi in 1975, have ever raced in an F1 grand prix and only six have participated in a race weekend.