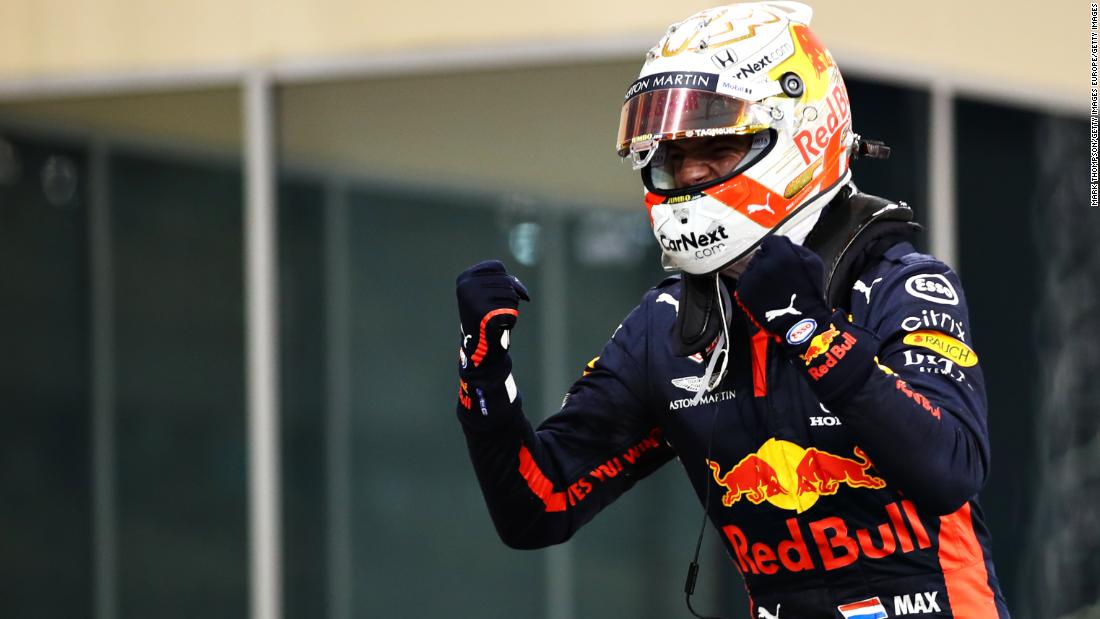 The Red Bull driver led from start to finish in the race, ending Mercedes’ run of six consecutive wins at the Yas Marina Circuit circuit.

The 23-year-old held off Valtteri Bottas and Lewis Hamilton with ease, with the Mercedes duo starting and finishing in second and third respectively.

The win was Verstappen’s second victory of the season and 10th in his career to date.

“It was really enjoyable out there today. We basically did everything right. When you start at the front, you can control the pace and it makes things a little bit easier,” he said after the race.

“I will enjoy the podium and enjoy going home.”

READ: Can Mick Schumacher emulate his father Michael in Formula One?

‘You can’t win them all’

It was a largely unexciting end to what’s been a season like no other.

Like many sports, F1 was postponed earlier in 2020 as the world locked down in response to the pandemic. It eventually resumed with a truncated schedule of 17 races.

Hamilton was yet again this year’s star, winning a seventh career title, but the Briton was unable to end the season in style.

The 35-year-old said he was struggling with the after-effects of Covid-19 heading into the race but managed to power through the uneventful 55 laps.

“You can’t win them all,” he said after the race.

“Considering the past couple of weeks I’ve had, I’m generally happy with how the weekend went, maybe not as good as perhaps what we would have liked, but congratulations to Max.

“That was a really hard race for me physically. All the year physically I’ve been fine but today I definitely wasn’t.”

Perhaps the only excitement in the race came behind the fastest cars with McLaren and Racing Point bidding to finish third in the constructors’ championship.

The latter started the race 10 points ahead but suffered a blow after Sergio Perez was forced to retire early on.

McLaren’s Lando Norris and Carlos Sainz went on to finish fifth and sixth to secure third place — the team’s best finish since 2012.

Teams won’t have too long to wait until they’re back on the track with just 96 days until the new season is due to begin.