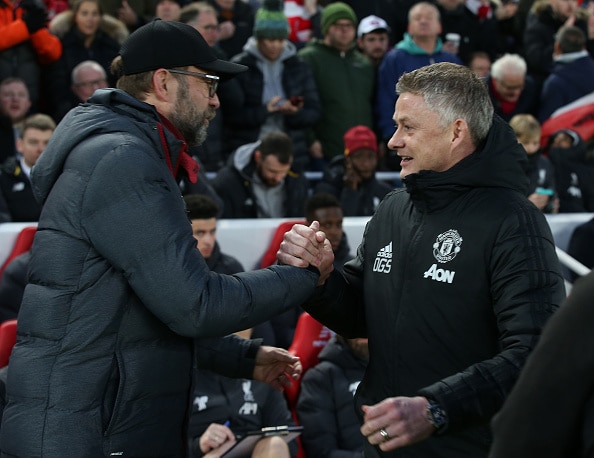 The FA Cup fourth round game between Manchester United and Liverpool promises to be the main-event game this weekend. The team to win this tie will play West Ham United on 11th February in the fifth round of the tournament. With the top spot of the PL still hanging in balance, team would be looking to consolidate their hands firmly on the FA Cup Trophy.

Manchester United are looking relentless this season of the Premier League after having a shaky start to their campaign. No team has managed to defeat Manchester United away from home in their last 10 PL matches. Liverpool, on the other hand look a tad bit unstable with five of their top players injured and none of the forwards making a considerable difference. The Champions are currently fourth in the Premier League.

Next up, a trip to Old Trafford in the #FACup 👊 pic.twitter.com/ClxuPEhyD1

Klopp’s plans for the FA Cup:

Liverpool manager Jurgen Klopp looks to be serious with his FA Cup campaign as Liverpool is yet to win an FA Cup since 2006. He is back with his team after a shocking home defeat against Burnley in the PL. Experts say, he benched both Salah and Firmino during the Burnley game, perhaps to keep them fresh for the United game.

At a time when the title defense looks like anything but smooth, Klopp would be inching to get his side to the fifth round of the FA Cup.

Manchester United would look to win the FA Cup tie against Liverpool. Manager Ole Gunnar Solskjaer said to the reporters that the Dutch midfielder was not happy as he has got less starts this season.

He has made 10 appearances this season and scored only once against Crystal Palace. Although, Donny is included in Solskjaer’s plans for the FA Cup tie. It’ll be interesting to see who will play as Ole has many midfield options – Fernandes, McTominay, Pogba, Matic, Fred, Donny – to choose from.

This time at Old Trafford 🏟
This time in the #FACup 🏆#MUFC #PhotoOfTheDay pic.twitter.com/rK2rSPnb3m

Where To Watch In India?

The match will be played at Old Trafford Stadium, Manchester at 10:30 pm, IST.

The other FA Cup 4th round matches are:

All matches available on the Sony LIV App.